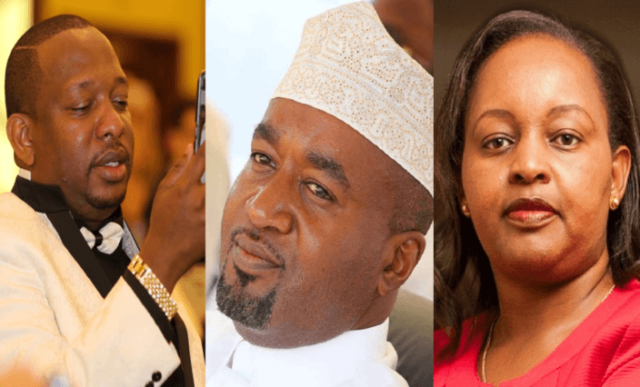 Governors in Kenya have really benefited from the coming of devolution. County leadership in Kenya is contestable and open to anyone so long as they meet the qualification regulations as per the constitution. Kenyan governors are usually elected during general elections that come after every five years of service.

The Kenyan constitution favors governors in that they can be re-elected and given a second chance by electors if they did a good service in their respective counties. A Kenyan governor can serve for a maximum of 10 years (two terms if re-elected)

Most governors in the current Kenyan gubernatorial seats had amassed wealth and power before taking the seats. Wealth with them is due to businesses and side hustles they do apart from their profession.

Other governors have their default professions that earn them good incomes such as law services, medical practice etc. Nevertheless, some governors took seats with nothing but a couple of years later, they are seen driving expensive Germany machines among other valuables.

Some are even trapped in cases of corruption and unscrupulous use of public funds that should be used for county matters development. In this article, we are going to highlight the top richest governors of Kenya and their net worth as of the year 2022.

Mike is the former governor of Nairobi county, who recently suffered an impeachment. He however still takes the first position in our top 10 richest governors in Kenya. Mike’s source of wealth has remained a riddle to many. He had amassed wealth before entering into Kenyan politics.

He even dedicated the first few months’ salary to help the poor in the streets who waited for him daily from the office. His investments have been channeled in stock exchange, real estates and ‘matatu’ businesses.

Mike’s ability to pull make crowds behind him has also amazed many people. He has many valuables including a smart phone worth more than Kshs. 1 Million and a fleet of posh cars.

In an interview, Mike once claimed that he made his first Kshs. 2 Million while still in his high school. His net worth is estimated to be Kshs. 10 Billion

Governor Joho alias Sultan governs Mombasa County and a well-known businessman. He comes second in wealth after mike Sonko. He has invested in various sectors such as health, finance, shipping logistics, travel and tourism. His estimated net worth is Kshs. Over 7.3 Billion.

Kivutha is the governor of Makueni County. The governor is an entrepreneur who has businesses worth millions of shillings and a bunch of valuables. He has an estimated net worth of over Kshs. 4.9 Billion.

Oparanya governs Kakamega County. He joined the politics back in 2002. He has a vast experience in various fields such as Business consultancy, Auditing and Finance management both locally and internationally. With an estimated net worth of over Kshs. 3.7 Billion, his investments have been channeled in real estate.

He is currently the Busia county governor. He has ever worked hand in hand with the former Kenyan Prime Minister Raila Amollo Odinga. Ojaamong has invested in real estates. He has an estimated net worth of Kshs. 3.68 Billion.

Alfred is the president of Machakos county. He has ever served as the government spokesperson for a long time. He is currently a businessman and a politician. His estimated net worth is approximately Kshs. 3 Billion.

She is the governor of Kirinyaga County. Waiguru has a vast experience in financial matters. Some years back, Waiguru had corruption allegations which saw loss of millions. Before joining politics, she worked at the World Bank as the assistant vice president at Citi Group. Waiguru is estimated to be Kshs. 2.87 Billion rich.

He is the county governor of Siaya.  He has worked in the Kenyan public service for a long time. The governor is said to have invested heavily in procurement. He has an estimated net worth of over Kshs. 2 Billion.

He joined politics as the county governor of Kisumu. Nyon’go is the father to the prominent Lupita Nyon’go who has been named to be among the richest and powerful women in Africa. Anyang’ has practiced lecturing for a good number of years at the University of Nairobi.

He is a professor in the political science. He has also served as a professor in universities in Mexico and Addis Ababa. He has been also the Head of Programs at the African Academy of Sciences. His estimated net worth is over Kshs. 1.9 Billion.

Awiti leads Homabay County as the governor. He is a graduate of Manchester university and has experience in matters to do with management. Awiti has been a Marketing Manager at the Siemens company – a global electronics company. He has channeled his investments in health sector. His estimated net worth of over Kshs. 1.8 Billion.

He is the Nyamira county Governor. John has heavily invested in tea sector in Nyanza and Rift Valley Provinces where he has vast experience in management. He has also served in KTDA which is among big and reputed tea ventures in Kenya. He is estimated to be Kshs. 1.5 Billion rich as of the year 2020/2021.