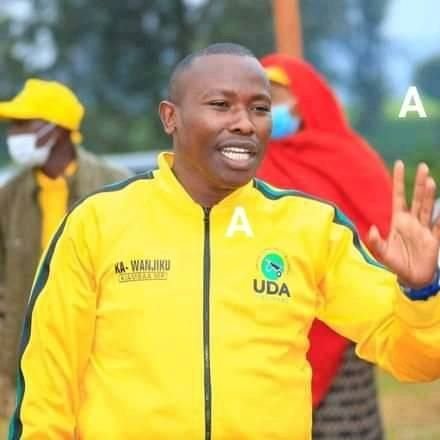 John Njuguna was sworn in as the new Kiambaa’s new Member of Parliament after winning the hotly contested by-election. He is from the United Democratic Alliance party and his official swearing-in has been marked as a great win for the party along with Deputy President Hon. William Ruto. This article looks into John Njuguna’s biography highlighting his background, career journey, and personal life.

He was born in 1986 in Kiambaa to his mother Wanjiku and his father. He grew up under the protection and care of his mother who ensured that he had access to education.

He attended local schools for primary and secondary school training. Moving on, he then went to the university to further his studies.

Hon. Njuguna’s career journey kicked off with him being in the business world. He did menial jobs to get by and earn some money for his and his mother’s needs. Exploring the options available for him in business, he tried various trades such as selling in a butchery and more.

He joined the political world with the United Democratic Alliance (UDA) party ticket and vied for the Kiambaa Constituency MP seat after the post was declared vacant when Paul Koinange passed away. The by-election rounded up thousands of party loyals who flocked the streets during the campaign period. Political analysts described it as actually a contest between the president and his deputy.

He represented the UDA party and Jubilee by Kariri Njama. The two garnered 21,773 and 21,263 votes respectively. The swearing-in came on Wednesday 4th August preceded by Justin Muturi. Other UDA members and representatives flocked the scene with branding being adhered to.

Details on John Njuguna’s personal life are under wraps as he does not disclose this information.