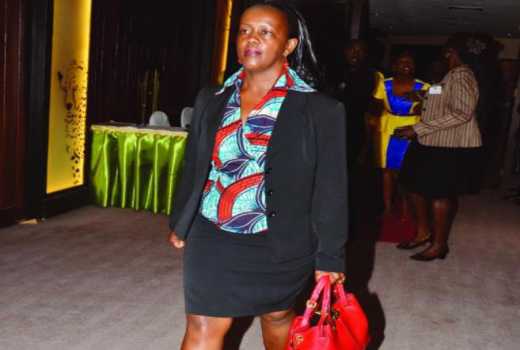 Josephine Mutua is Machakos County Governor – Dr. Alfred Mutua’s ex-wife who was married to him for fifteen years. The two dissolved their marriage in a heated confrontation over several factors that got to the court. This article looks into Josephine Mutua’s story highlighting her personal life, career, background, and more details.

She was born in Limuru County where she grew up under the care of he parents and the company of her siblings. Her mother is called Rahab Wanjiru, and she is close with her brother Moses Mutua Maundu. Josephine’s full maiden name is Josephine Thitu Maundu.

Ms. Maundu is a highly-educated individual having attended some of the best institutions and earned her educational qualifications. She is an alumnus of Washington State University where she pursued a Bachelor of Pharmacy between 1989 and 1993. Josephine went on to the University of Washington to study a Master’s program in Public Health. She attained her Doctorate degree in Pharmacy from Purdue University.

In 2004, Dr. Maundu worked as a Senior Program Associate at Management Sciences for Health then after six years rose to the Deputy Chief of Party role. Beginning in 2012, Josephine has been working as Program Director at a health-systems-strengthening consultant group named Afya Afrique.

As a  pharmaceuticals services systems specialist, her seventeen years of experience have enabled her to be of service to the community at large. Josephine Maundu founded the Machakos Women Foundation to address the needs of the women in the county with a keen concern on health matters.

She was married to Dr. Alfred Mutua for fifteen years siring three children in their union. Their marriage however came to an end with the two filing suits against each other on grounds of children custody and material wealth ownership. Dr. Mutua and Dr. Maundu were at loggerheads with each other resulting in a multi-million shilling payment that the governor had to make. The Maundu family expressed regret as to how the governor had treated her allegedly sending police officers barricading any movement into Josephine’s house and instances of public humiliation. The two parted ways and Dr. Mutua married Lilian Ng’ang’a as his second wife.