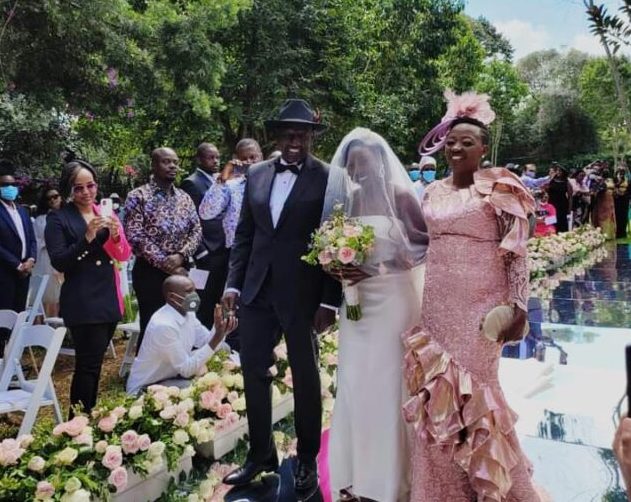 June Ruto is Kenya’s Deputy President – William Ruto’s daughter who came into the limelight during her flashy wedding with a Nigerian named Dr. Alexander Ezenegu.

She was born in the 1980s to her parents who were living in Uasin Gishu County at the moment.

She is an alumnus of the United States International University where she pursued a degree in Diplomacy and later on, went to Australia’s University of Queensland to further her education.

The deputy president’s firstborn daughter had worked in the Kenyan Embassy of  Rome, Italy as the second counselor. June then went into diplomatic service in 2014. She has since then been at different levels in diplomatic relations between Kenya and the European Union.

June Ruto’s career has sometimes been linked with scandalous operations involving corruption or nonlinear money deals around the country. For instance, she was among the listed directors of the Weston Hotel owned by the deputy president after it was linked with malicious corruption cases.

She was born into the Deputy President’s family – father Dr. William Ruto and mother – Rachel Ruto. This was their firstborn daughter before they got more children in their lives. The couple’s eldest son is named Nick Ruto, and daughters- Stephanie Jepchumba and Abby Ruto.

June Ruto got married to Dr. Alexander Ezenagu in a lavish Nairobi ceremony that made waves in Kenya and in Lagos. Her husband is an alumnus of the University of Ibadan where he pursued a Law degree. Additionally, he attended the University of Cambridge and currently works at a Qatar university called Hamad Bin Khalifa.

Dr. William Ruto jokingly said he had preferred for June to marry a Kenyan man terming it as an investment that had gone to a different country. He however acknowledged it as God’s doing and God’s wish.