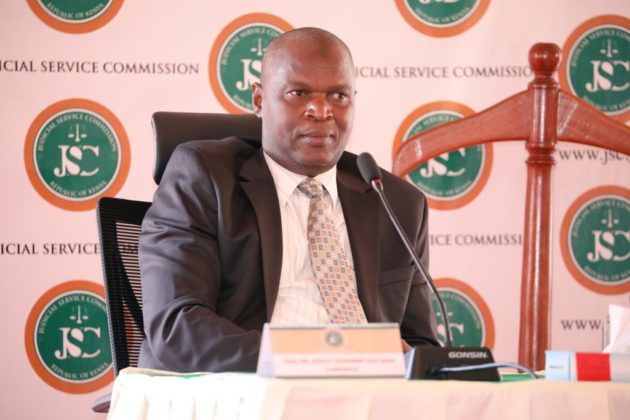 Justice Said Chitembwe alongside Aggrey Muchelule was arrested by detectives from the DCI offices on grounds of alleged bribery and being in possession of suspicious money. This ordeal left judges anxious and shaken regarding their security since these arrests were basically baseless. This article looks into Chitembwe’s ordeal with detectives from the office of the Directorate of Criminal Investigations (DCI).

Justice Said Juma Chitembwe was with Justice Muchelule at their chambers based at the Milimani Law Courts when detectives raided their offices and arrested them. They were taken to DCI headquarters along Kiambu Road for questioning after which they were left to their duties. DCI Kinoti alleged that the two judges were being arrested to answer on graft allegations and purported abuse of office.

The judges cooperated with the authorities and with their lawyers expressed their surprise as to the engagement with the DCI. The detectives did not retrieve anything, moreso any money that had been thought to be in their hands. The arrest sent ripples across the entire legal space and among Kenyans.

Said Chitembwe Juma had been arrested in 2019 on alleged corruption charges in Mombasa. This encounter had scarred him as he emotionally recounted the events during his interview for the Chief Justice role.

Regarding his arrest with Justice Muchelule, the DPP Noordin Haji claimed that his office had not been informed of any arrests targeted on the judges. This was when the judges through their lawyers filed cases for their unwarranted arrest and intimidation of judges.

The office of the Chief Justice was also uninformed of the matter until after the two had been arrested. C.J Martha Koome has stated that she would make a conclusive statement when the details of the case had been finalized. She however calmed the judges and other legal practitioners that they were protected by the constitution from any illegal activities against them.