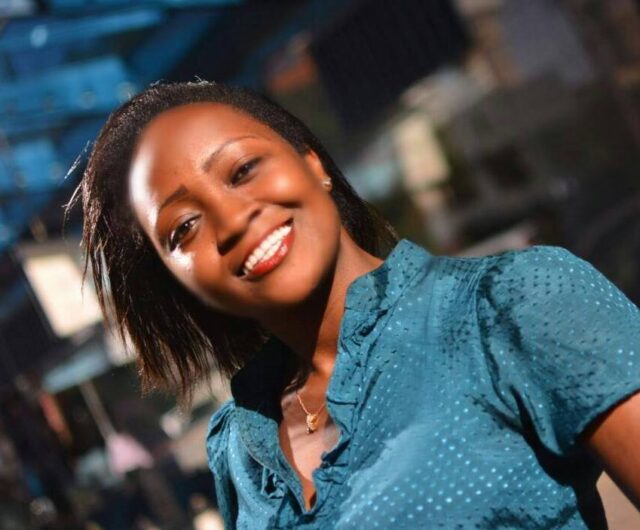 Justina Wangui Wamae is the selected running mate for the Roots party whose presidential candidate is Prof. Wajackoyah. The two stand out due to their plan to legalize weed in the country in order to pay off its debts once elected.

The Roots Party running mate was born and raised in Kibera before her family relocated to Syokimau after the 2007/8 post elections violence. Justina is the first born in a family of two.

She went to Daystar University where she graduated in 2010 with a degree. Also, she has a master’s degree in Procurement and Logistics from Jomo Kenyatta University of Agriculture and Technology.

In an interview with Citizen TV, Justina shared that growing up, her family was not in a good financial situation as her parents took loans from time to time for her to go to school.

Wamae is married to Alex Kanyi, and together, they have a three-year-old daughter.

While Wamae only rose to fame recently after being selected to be prof. Wajackoyah’s running mate, she was already in politics. The politician entered politics in 2017, when she was a contestant for the Mavoko parliamentary seat, as an independent candidate. However, she was unsuccessful, and only gained 1,200 votes.

In 2018, Wamae tried pursuing a career as a permanent secretary in one of the cabinet departments. However, this was also unsuccessful.

Even though Justina advocates for marijuana legalization in the country, she has never taken it. She wears a signature ‘Rastafarian’ scarf which she styles with her outfits.

In 2015, Justina tried to introduce her own television show. She tried to get Jeff Koinange to invite her to The Bench in order to get some ideas for her show but failed.

While the politician’s net worth is not known, we do know that Wamae is a successful businesswoman. She works in the excavation industry and the supply of building materials, which is dominated by the male population.