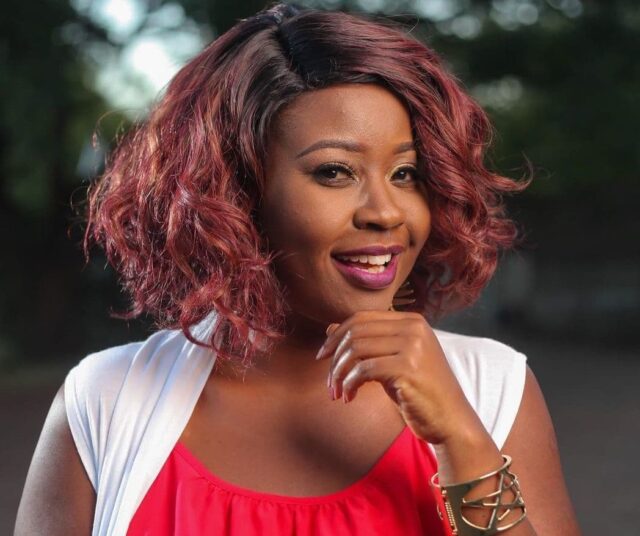 Kalekye Mumo was one of the leading radio presenters before she left to build her own brand. She was famous for hosting a hilarious and music-packed breakfast show with Shaffie Weru on Kiss 100 FM. Her story in her career, personal life and history are inspiring to many and in this article, we will be looking at the biography of Miss Kalekye Mumo.

Kalekye was born in 1976 in Westlands, Nairobi. She grew up experiencing a normal childhood. Information on her family – parents and siblings remains scanty.

Kalekye attended school in Nairobi and studied Media in the university.

Upon graduation, Miss Mumo’s first work was at the Turkish embassy before she joined Homeboyz Radio in 2001 as the Entertainment Administrator. She then did sound production, sound engineering at Medeva TV then hosted a show on Capital FM.

Her golden voice earned her several fans and this opened up an opportunity to host the Rush Hour breakfast show on Kiss 100 which is one of the most popular breakfast shows in the country.
She left Kiss FM in 2016 to build her own Public Relations company to help clients and companies directly in pushing their brand to the market. So fast, she has worked with the Kericho Gold tea company and hopes to grow further.

Kalekye as a child developed a hip condition which greatly affected her mobility resulting in her being seated most of the time. It was at this point that she started gaining weight and gained some more when her grandmother passed away. She has however mentioned that her weight was never a problem for her as she was always confident in herself.

She recently posted photos of her immense change having worked to lose an outstanding 40kgs. She is engaged though the identity of her fiancé remains unknown as she prefers to keep such matters private.

Kalekye Mumo Net worth and Assets

Kalekye made a decent earning from working on radio, doing adverts and from her Public Relations company, she is doing considerably well financially. Her exact net worth is yet to be established.