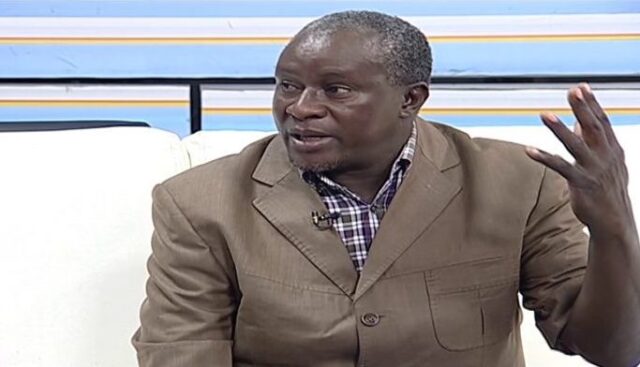 The former charismatic and energetic Kibwezi North Member of Parliament, known and loved by many, has sadly been confirmed dead. Hon. Kalembe Ndile succumbed to liver complications while receiving treatment at the Nairobi Hospital.

Richard Kalembe Ndile was aged fifty-seven at the time of his death, born in 1964 on 16th April at Kamwenge near Mt Ruwenzori, Western Uganda. Interestingly his name Kalembe was a nickname adopted during his younger years from the name of a hospital, Kilembe, he used to frequent and thereby a neighbor branded it on him, it caught on and stuck by all these years. His father was a construction worker in the seventies during the Mbarara Ntugamo road.

The late Ndile attended Kamwenge Primary School for his first level of education where he grew up among a diverse group of peers which led to him gaining proficiency in three languages – Kikiga, Kirutoto and Kinyankore.

His journey in the political sphere began in 1997 where he served as the chairperson for the Makueni County Council, sitting for two years. In the same period, he was also Councilor Program Officer for the Paralegal Coordinating Agency of Makueni. The late Kalembe was the Executive Director at Nguluwa Ngao Centre for Human Rights where he championed for the assurance of human freedoms and rights for all people. He stepped into the political sphere in 2002 in the National Rainbow Coalition for Kibwezi region, where he was positioned for five years.

Between 2003 and 2007, Ndile was a Member of Parliament representing the people of Kibwezi. He also served in the Tourism and Wildlife ministry as an assistant minister during his political career and was an aspirant MP in the 2013 and 2017 general elections seeking to represent the people of Kibwezi West and Mavoko. At the time of his death this morning, Sunday 30th May, he headed The Independent Party and was a coalition member of the Coalition for Reforms and Democracy.

Read: A List of Top 10 Richest Members of Parliament (MPs) in Kenya

Kalembe Ndile was an avid car fan and enjoyed cooking during his free time. Despite his witty nature in the public eye, he was a God-fearing man. He was also a family man, spending weekends with his wife and children. His son Kioko Ndile was the family’s spokesman following his death and would make further statements at a later point in time.

The late Hon. Ndile succumbed to liver complications, a condition he had been battling for a long time according to his family. Before his death, he had made calls to leaders to maintain unity and be in harmony. His body was transferred to the Lee Funeral Home for final procedures.

Ndile was among the wealthy moguls in the political arena  owning various expensive mansions and several cars. He accredits his wealth to his career and businesses. His net worth is currently estimated to be at Ksh 1.1 Billion.

In the year 2020, Kalembe Ndile donated two acres of land to Julius Wambua – a man who was fixed by wife in daughter defilement case. Wambua had served close to a decade jail term at Kamiti Maximum Prison, until late last year on his release and didn’t have where to begin.