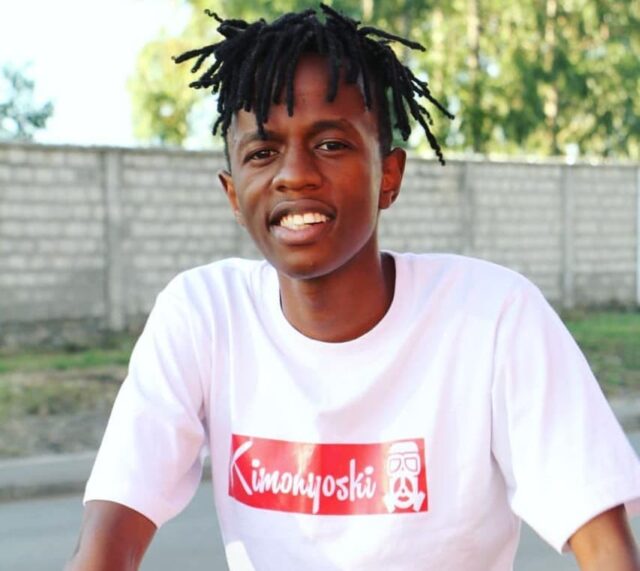 Kartelo the musical artist, comedian and radio presenter is one of the most famous up and coming artists in the country and a budding talent on the Kenyan stage. The Reggae artist has grown to be a change maker and defied the odds stacked against him. He is one of the success stories and a classic From Rags to Riches themed life story. In this article we look at the artist’s biography and get a better understanding of his background.

Kartelo Age and Place of Birth

Kartelo whose real name is Nickson Chege was born in the late 90s and is 20/21 years of age. He was born in Nairobi’s Kayole to a single mother and has two siblings, both brothers.

Nick Chege has always been a bright student and known to be a top performer throughout his school years. He recalls being extremely devastated and disappointed after he scored a grade C in his Kenya Certificate of Secondary Education (KCSE). He had to take a lot of his time to overcome the setback and move on with his life.

Kartelo is a hilarious individual who uses his skill and talent to create hilarious vines and post them on his YouTube channel. This is an income stream for the young Kenyan and a means to expand his outreach as he builds himself up as a brand.

He has been invited on a certain occasion to the Chipukeezy show where he impressed the fans that showed up and built up a name for himself on that stage. He however could not be able to secure a subsequent show after the producers claimed that the show was turning too ‘ghetto.’

Nickson Chege is also a radio presenter which earns him another source of income. Working at the Milele FM radio station, he has a brighter future ahead. Radio opens up more opportunities and increases his fanbase and breadth of influence. This is crucial especially for his later project launches that would be named successes only if they met certain sales thresholds.

The youngster is a father of one whom he has shared photos of. He has however not revealed the mother of his child nor the nature of their relationship.

He still misses his father who left them when he was a young boy leaving his mother to struggle by herself over the years in raising her children as a single mother. He has narrated of how his father was a conman and had to keep moving from one place to another because he would risk being caught and at worst, lynched. The family still remains unaware of whether he is alive or not and whether he is a free man or was arrested a long time ago.

Kartelo Net worth and Assets

His net worth and the assets he owns are not yet unrevealed. He earns his income from the comedy vines he produces, his work as a radio presenter and from his YouTube channel.

Information on whether he has investments have not been determined.