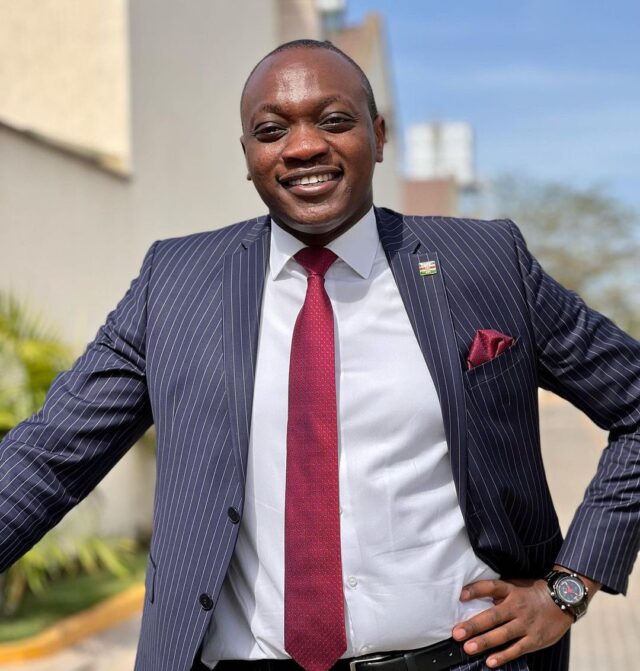 Ken Mijungu is a famous Kenyan media personality, lawyer, and businessman. He currently works for Nation Media Group, hosting the show, Sidebar, which airs at 10 pm on Tuesdays. Mijungu is on the panel of the 2022 presidential debate which will take place on the 26th of July, and is expected to interview the presidential candidates.

Ken Mijungu was born and raised in Migori. While there are no details about his exact age, the news anchor had mentioned in an earlier interview with Quickfire that he has been healthy for 37 years. He attended three different primary schools in Migori, Homabay, and Mbita.

Later, Ken Mijungu attended Maseno high school for his secondary education, after which he joined Moi University, Eldoret. He graduated with a Bachelor of Laws-LLB2nd class (Hons).

After graduation in 2007, Ken worked as a taxi driver. However, his life took a turn when K24 reached out to him for a video he recorded during the post-election violence period. Ken had borrowed a camera from his brother to capture a closer look at the situation in Kibera at the time. K24 had been unable to get scenes to cover the situation in Kibera, and therefore hired Ken Mijungu.

Ken Mijungu’s career as a news anchor kicked off immediately and he worked at K24 TV for three years, and nine months. While at K24, Ken worked as a brand anchor business talk, a talk show host, and News desk reporter.

In December 2012, Ken left K24 TV to work for CCTV Africa as a reporter, where he worked on several assignments, later leaving after a year and three months. He joined Nation Media Group where he worked for seven years as a senior reporter.

While working for NTV, Ken had the opportunity to interview the deputy president of Kenya, William Ruto on the show, Sidebar. The interview received praises as well as criticism from Kenyans. Ken’s hard work earned him the CNN African Journalist Awards Special Commendation in 2011.

While Ken has a successful journalism career, he still pursues his law career but was only able to work as a legal consultant. However, a few days after being fired, he started his own law consultancy firm which offers services such as legal, migration, finance, property, imports, and exports.

Ken Mijungu is a family man, married to his long-term girlfriend, Laureen Mijungu, who works as an air hostess for Kenya Airways. They got married on April 22nd, 2017 at Fuschia Gardens Limuru and have since had a daughter together.

Mijungu’s exact net worth is unknown. However, he earns most of his wealth through his journalism and law career.