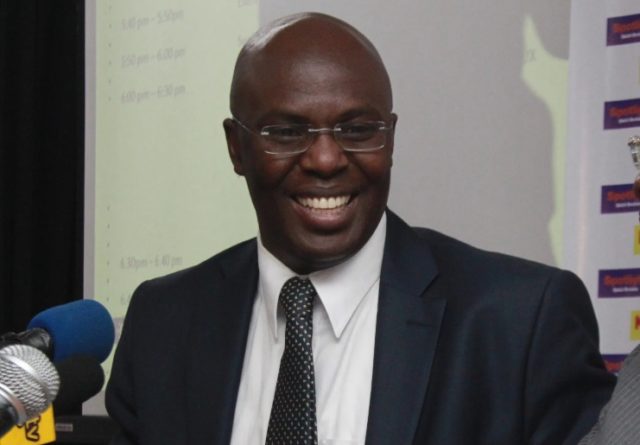 Ken Walibora Waliaula is a Kenyan award-winning legendary writer. He is a prolific Kiswahili fiction writer and poet. Ken is fondly remembered for his Epic Swahili novel Siku Njema that was published in 1996. The book made him a star and saw many sales of copies across East Africa.

Ken Walibora was 56 years old as of the year 2020 before cruel death took him away. He was born in on 6th January 1964 at his parents’ home in Baraki in Bungoma County. Ken’s family moved to Kitale and later Cherangany.

At the age of five or six, he discovered that he was also called Kennedy and George. He chose the first name,  because the Kennedy family in the United States was well-known during those days.

Walibora later shortened his name to Ken. He was the last born in his family. His father was a school head teacher, and ken was a source of his pride. Unfortunately, Ken’s mother, Ruth Nasambu Makali, died in 1984, at the age of 51. At that time Ken was 20 years old.

The legendary has over 40 titles. He won many awards as the best writer; among them were the Jomo Kenyatta Literature Prize thrice with his Swahili texts, Ndoto ya Amerika in 2003 and Kisasi Hapana in 2009 and Nasikia Sauti ya Mama in 2015.

His recent scholarly works include the book Narrating Prison Experience: Human Rights, Self, Society and Political Incarceration in Africa (2014).

For many years, he worked as a Kiswahili news reader at  Kenyan Popular Television station, NTV. He currently teaches at the School of International Relations and Diplomacy at the Riara University.

Ken grew up dreaming to be a police officer. He joined University of Nairobi to pursue Bachelor of Arts in Literature and Swahili Studies in May 2004 where he obtained a first class.

He had been teaching at the School of International Relations and Diplomacy at the Riara University as a senior lecturer since 2018.

On Ken’s sudden death, rumours rented the air that Ken has never married. As per his closest friend Citizen TV’s Swaleh Mdoe, Ken was so secretive that he could not open up on matters to do with his family. His cousin Teresa confirmed that, Ken was married but used to stay alone at Nairobi’s Lavington. His nuclear lives in the United States.

As per the news, Ken was knocked by a matatu on Ladhies Road in Nairobi Kenya. He died at the age of 56. At first, it began as a rumour but later on the reputed media houses came in to confirm Ken’ Walibora’s sudden death that was caused by an accident. It was further reported that Ken Passed away on April 10th. Citizen TV added later on that Walibora’s body was found at the Kenyatta National Hospital mortuary.