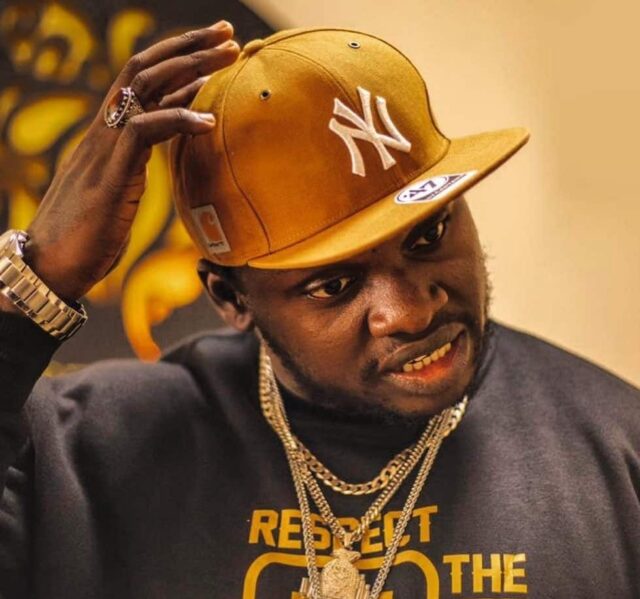 Without any reasonable doubt, Papa Jones, the OG is one of the greatest rappers to have graced the Kenyan soil. Having defied all possible odds against him, Khaligraph Jones has become an award winning top rapper both locally and internationally.

In this article, we look into the life of Papa Jones commonly referred to as Baba Yao alluding to his impeccable prowess in the musical industry. We answer a number of questions you might have concerning the man who has become the face of Kenyan hip hop.

Khaligraph was born in Kayole in Nairobi city. He has proudly spoken of this in several interviews and in his lyrics. He was born as Brian Robert Ouko in the year 1990 on the 12th of June. Khaligraph grew up in Nairobi and spent some of his formative years in Bondo as he sings in one of his bangers, ‘… Omollo nimetoka Bondo’.

He has shared photographs of his mother and elder brother on his social media platforms giving a hint of his family life. His growing up in the though areas of Kayole inspired him to work hard and make a better life for himself out of ghetto which he clearly has been able to achieve.

Papa Jones’ educational background is not yet revealed and will be made available on access of the information. All he has ever mentioned in past interviews is that he dropped out of high school in form 4.

Khaligraph is a top artist and as he says, it did not come out of the blues. He has worked his way up the ranks to his current level doing top projects and getting awards from all around the globe.

His musical career took off when he was a teenager at the age of 19 following his elder brother’s mentorship. He took part in the Channel O Mcee Africa Competition and emerged the winner. This gave him the courage to go on pursuing his passion asn skill in doing music, specializing in Rap.

Yooooooooh, KHALIGRAPH JONES IS A MOVEMENT, My 1st Ever BET Nomination in The Best International Flow Category, The OG Shall be respected🙏🙏🙏 pic.twitter.com/fRN29gvMPH

Khaligraph Jones uses his art to give stories of his life and to encourage his fans in overcoming tough challenges. A remarkable and Kenyan favorite one is the jam, ‘Rewind’ which he did with Sauti Sol where they talk about the tough challenges that preceded their successes and the life before the fame.

He has been able to create favorite tracks being played all over clubs, entertainment joints and among very many Kenyans such as ‘Toa Tint’, ‘Superman’ and even more recently in 2020 released ‘Tuma Kitu’, ‘Hao’ and among more, ‘Luanda Magere Legacy’.

In acknowledging his successes, in 2014 he was acclaimed Kenya’s Music Ambassador. He has also established The Khali Cartel which offers him a chance to mentor younger rappers trying to make it to the scene and offer his support. This has proven very worthwhile and has brought amazing stars to the limelight.

Over his journey, he has performed in several stages, participated in the Coke Studio show and worked with several Kenyan artists and deejays such as Kristoff, Xtatic and Dj Creme Dela Creme.

Papa Jones is married with a daughter and one more baby on the way. He is married to the gorgeous Georgina Muteti with whom they have a first born daughter named Amila. He has in the last been accused by his ex-girlfriend as being abusive and that is apparently why they ended their relationship.

Khaligraph Jones Net worth and Assets

Khaligraph’s net worth is around Kshs. 100 Million owing to his selling music and businesses. He has endorsed the International Bellaire boosting his earnings. He owns a flashy car collection some of which he flaunts online and in his music videos and lives in a lavish house with his family in Nairobi.