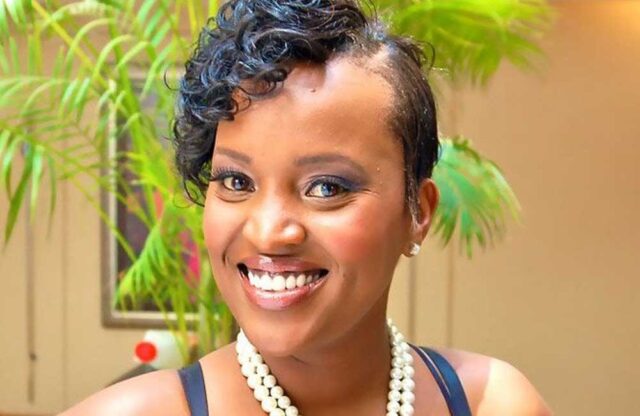 You might humorously remember the Kobi Kihara 2018 hashtag; #kobikiharachallenge where Kenyans went online sharing photos portraying to be something they’re not or being places they actually were not. This came after Kobi was exposed for plagiarizing her Instagram content and flaunting a fake lifestyle. This article takes a closer look at her life going beyond the online trolls.

She was born on 21st January 1982 in Lang’ata, Nairobi. Kobi spent a few years in the country until when in high school she and her family relocated to Washington, D.C in the United States.

She attended Loreto Convent Valley Road and finished her secondary education at Fairfax Christin. Kobi then joined England’s Northumbria University and later Newcastle University to pursue a Photography degree. Additionally, she holds a masters’ degree in film and television production from Trebas Institute in Canada.

Before her move to New York where she is currently based, her career in Kenya had seen her work with Kenya’s big fish media houses. These include Radio Africa, Royal Media Services, and Nation Media Group. She is best known for hosting AM Live and a show named Better Living with Kobi Kihara. Moreover, her career in Kenya also saw her feature as an actress in Sense 8, a SciFi series that had at least seven actors. She played in the second season which was shot in Nairobi showcasing scenes in Ngara, the Kenyatta International Conference Centre rooftop, and Kibera.

After her relocation, she is now a Production Associate at Park Pictures. The company is twenty-three years old and has over its time produced award-winning films and commercials and Hollywood blockbusters. Kobi Kihara’s role involves her planning scripts, documenting new content development, and working with the product development team.

She has a three-year-old son and is currently dating a white. After her 2018 plagiarism exposure, she faced a ravaging online bullying period with Kenyans trolling her for portraying a fake lifestyle online.