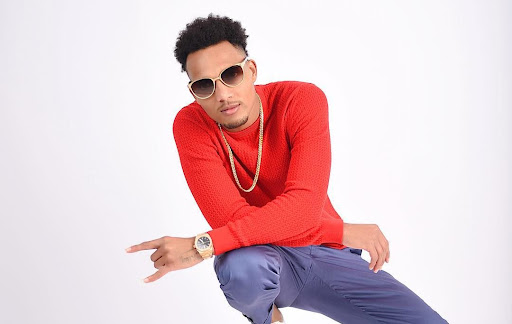 KRG The Don is a Kenyan-based musical artist ranked among the wealthiest young artists in the country. At a young age, he describes himself as a non-average Kenyan billionaire. Despite allegations and rumors that his wealth is from illicit business aka money laundering, KRG The Don has denied these and says he is willing to account for his money. This article looks into his biography highlighting his background, education, career journey, and personal life.

KRG The Don Age and Place of Birth

He was born on Jan 14, 1991, in Nairobi to a well-off family that invested in his potential.

He attended his schooling in Nairobi and says that his entrepreneurial skills kicked off when he was a teenager in high school. His parents used to give him pocket money worth Ksh 150,000 and out of that would use Ksh 110,000 in a shylocking business to his student colleagues.

Beginning at the age of sixteen, KRG The Don went into music. He describes himself as a versatile musician although this is not his main focus at the moment. His parents sponsored his deejaying training, an endeavor he says he is deeply passionate about. KRG The Don went on produce music in his musical career and so far has more than seven songs released. His dominant genre is dancehall though he assures his fans that he is a versatile artist. Worth noting is that most of his songs have been in collaboration with Jiggy whom he describes as a fit musical partner. Some of his songs include Whine and Drop and Ushasema.

The Don’s music was produced by G Hood Records and Herbal Records before he set up his own label named Fast Cash Music. The label records audio and visuals for musicians across the country and he is set to be recording his own music from the label.

The billionaire divorced his wife after she apparently cheated with another man and according to Don was spending time with lowlifes. He received rumors that she, Linah Wanjiru, was planning to sell her Audi vehicle which was a gift from him. Don responded to this by taking back the car and in an online spur said that his ex-wife was depressed and broke.

KRG The Don Net Worth

Apart from his music, he is a heavy-weight investor whose businesses have made him a very wealthy man. KRG The Don has diversified his portfolio to include transport business, construction business, tours, and travel business, and a most recent investment in the hospitality and entertainment industry. His construction business operated as a partnership is called Kilions Group, and his travel company is called Taraja Safaris. He launched Casa Vera lounge on 3rd December situated along Ngong Road on Kaburu Drive. This is his largest investment stating that he had spent Ksh 200 million in acquiring the piece of land and setting up a fully-fledged business. The launch was attended by several Kenyan celebrities and the first clients were lucky to have a treat on KRG The Don.

In his wealth portfolio, The Don owns several expensive cars including Range Rovers, a Chrysler 300C, and Land Cruiser VX V8. He also owns land in parts of the country including Naivasha.