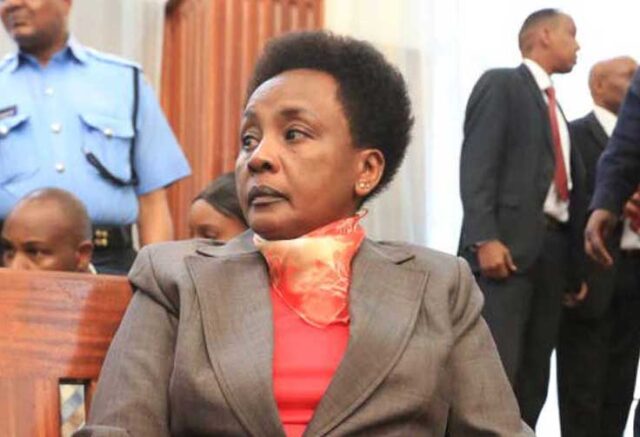 Philomena Mbete Mwilu is a Kenyan judge and lawyer serving as the Deputy Chief Justice of Kenya and Vice President of the Supreme Court of Kenya since October 28th, 2016. She is among the panel set to hear the presidential petition over the August 2022 election results.

Lady Justice Philomena Mwilu was born on April 15th,1958 in Kilala location, Kaiti division in Makueni county. Further details on her family, early life, as well as primary and secondary education, are not yet known by the public.

Philomena graduated from the University of Nairobi in 1984 and proceeded to join the legal bar within the same year.

The hon. Lady Justice Philomena Mbete Mwilu is an advocate of the High Court of Kenya since 1984 with over 37 years of experience in the legal profession. She was in private legal practice for about seven years after her admission to the bar.

She then ventured into the corporate world before being appointed a Puisne Judge in 2007. She served in the commercial division of the high court in Nairobi and later the High Court in Eldoret. In November 2012, she was appointed a judge of Appeal where she served until her appointment as the Deputy Chief Justice.

Lady Justice Philomena Mbete is married to the former AG Amos Wako and is a mother. She was initially married to an allegedly influential man in the parliament who she dumped after meeting Amos Wako in 1997. Her ex-husband’s identity remains unknown to the public.

There are no details on Lady Justice Philomena Mbete’s net worth. She earns most of her wealth through her law career.