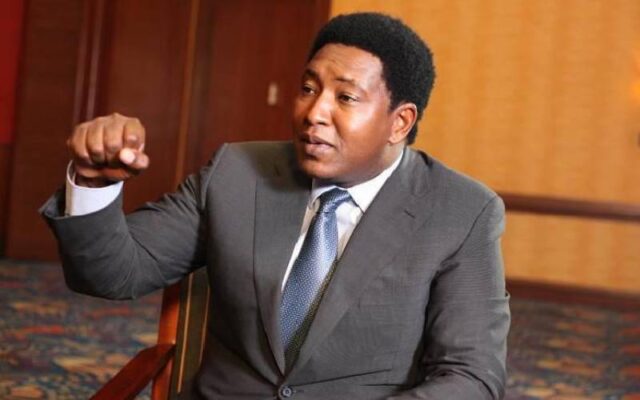 The political scene in Kenya is filled with many fellows who are considered old and not in a position to represent the youth agenda. Over the last few years, a few brave individuals have come forward to usher in a new age of politicians who are young, savvy, aware of the current environment and willing to take the necessary steps to change the scene. One of these politicians is one very passionate Ledama Olekina. He is event famous as a panelist hosted on a couple of news shows around Kenya. His knowledge and contribution to the discussions regularly held is one that has been said to be instrumental. In this article we will explore his life and work.

The distinguished senator Ledama Olekina as he likes to refer himself as, was born in the Maasai villages in Narok, on November 1974. He is currently 47 years old.

In the Maasai community, most young men usually get to become the very brave Morans of the community. They protect their large herds of cattle, amass wealth and engage in acts that get them praised for their bravery. This was not the same case of one Ledama. His parents made sure that he got the best education in the land to increase his chances of success beyond the village.

For this reason, even though he was raised amongst such men of valor, he got a decent education that enabled him make it to Narok High school. He performed exceptionally well amongst his peers and this got him an opportunity to attend his university in the united states of America. Here, he was typically interested in the politics and he pursued a degree in political science and English. He became quite the learned fellow with a rich understanding and eloquence in the queen’s language.

He engaged in a couple of philanthropic activities on his return to Kenya. These activities range from activism on the environment, specifically The Mau forest to educational ones that would facilitate the education of Maasai girls in the community. He later on decided to join political and was elected in 2017. Currently, he is the senator for Narok county.

Ledama is famous for his sharp takes on political matters. He has been accused of inciting members of the Maasai community against the Kipsigis of Kenya. He is also on the front line of politics in social media. Ledama is the most followed politician because of his views.

Ledama Olekina Net Worth and Assets

His net worth is currently unknown but he makes a considerable income from being a politician and from his other works in the community.