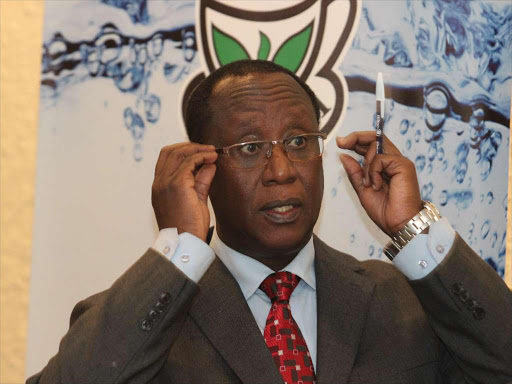 Tiampati Samuel Lerionka – Kenya Tea Development Agency (Holdings) Ltd boss of over six years has been sent on compulsory leave. He alongside fellow leaders in the company were sent home to make room for investigations. KTDA and its eight subsidiary companies are owned by fifty-four companies whose shareholders are Kenya’s tea farmers. The farmers are spread out in sixteen tea-growing counties.

Due to controversy and governance mishaps, a new board was elected and took office immediately on 18th June 2021. The new board of directors sent the current CEO and Director, Samuel Lerionka, and senior company officials on compulsory leave. This was due to the widespread controversy in the company affecting tea farmers.

Samuel Lerionka was born in 1964 and is Kenyan by birth.

Lerionka Tiampati is an alumnus of the University of Nairobi where he pursued his undergraduate degree. On completion, he joined Cranfield University for his graduate program in England.

Mr. Tiampati has worked on an extensive career in various industries holding senior positions in those areas. With commendable expertise in Marketing, he has served at Standard Chartered Bank, Agricultural Development Corp, and Tata Chemicals Magadi Ltd leading their Marketing departments in Kenya. Lerionka Tiampati also headed KETEPA as the CEO before venturing into other paths. He currently sits on the boards of the Standard Group, Family Bank, the E. African Tea Trade Association, and Chai Trading. Mr. Tiampati is also widely known for his role as group CEO and Director at KTDA.

Tiampati was sent on a compulsory leave along with other officials in a bid by the new board of directors under the leadership of chair – Ichoho Muni David, to streamline operations at the company. To ensure continuity, the vacated positions of Managing Director, Company Secretary, ICT General Manager, Head of Procurement and Logistics, and Finance and Strategy Director will be filled in due course.

This move was effected to protect Kenyan tea farmers from extortion. Additionally, this will ensure compliance with the relatively new Tea Act of 2020. As a result, misappropriation of funds will be curtailed. Samuel Tiampati and the other officials will be under audit and investigation regarding these matters.

Mr. Tiampati’s personal life remains away from the public eye as he does not share this information.