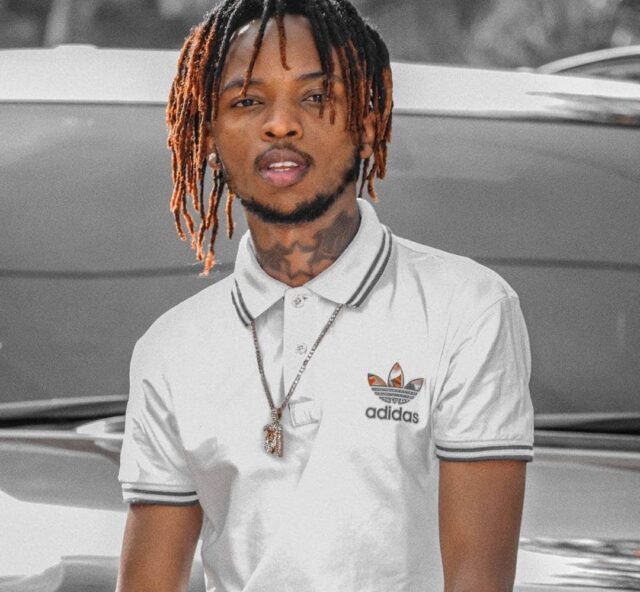 Magix Enga is a Kenyan music producer who recently came out revealing that he was a member of the Illuminati cult. Kenyans online have been abuzz over the news with some claiming that he is doing it for publicity.

Magix Enga’s Joining of the Cult

Speaking to YouTube vlogger Presenter Ali, Magix Enga alias Beat King gave his story revealing his entry saying, “I was 23-24 when I joined. Right now I’m turning 30. I used to stay with KRG the Don, doing my music, then with time it wasn’t as reliable. I met with anonymous management. There have been people talking about Illuminati. Illuminati is real, and people should stop joking about it.”

He went on to say that he was introduced to the cult by a white woman with whom he held a meeting. Magix Enga claims that the lady said she saw a lot of potential in him and would link him with top producers and musicians. He said that she introduced him to DJ Khaled and promised him that she would change his life if he was up for it. He was however quick to say that no one was sacrificed as he was a spiritual Christian at that point.  Additionally, he said that there are several Kenyan artists in the cult who also peg their wealth and successes to it.

Although he does not reveal the details as to what he did or gave to join the cult, he says he did not regret the choice he took. He claims that he purchased his first car using the money he got from the cult and things started changing in his life. “Eventually everything in my life was peachy, businesses booming, studio growing, and money never became an issue again.

I started partying a lot and all.,” he added talking about the spoils and good life that came from his engagement with the Illuminati. Magix Enga said that when he flaunts business deals with international artists and his wealth, it is not in chasing for clout but it is what he actually experiences as his life.

Attempt to go back to Christianity

Magix Enga says however that at some point, he thought back of his spiritual self as a young man devoted to God. This path seemed however to have been closed to him as he added, “I then decided to start praying again, and I was praying a lot, then one day I got into an accident. I didn’t understand what exactly happened because I was alone on that road.” He claims that life took a downward trajectory evidenced in poor business and loss of money.

Following his recent revelation, he said in a comment to Jalang’o’s parliamentary aspirations that he should not go that path if he is after money. He commented, ”Kama ni doh unatafuta kwa government, I’m here my brother. Every month call me. Rudi kwa radio achana na hii mambo ya siasa… Kama unatengenezanga 1 million a month, mi nakutumia 2 million…”

Kenyans have been quick to say that it is all for show and that it is for publicity as he has in the past been accused of using publicity to push his brand. With his latest YouTube video release having more than 50000 views in two days, they might have been driving at something. Motif added saying, “I have been tagged a lot on this Magix’s issue and in as much as it is not always about the competition, I honestly think he needs serious help and I wish him well. He honestly doesn’t look normal of late. I don’t think he is on his right mind and even if it was about clout chasing that is too much. Why would anyone go through all that trouble?”