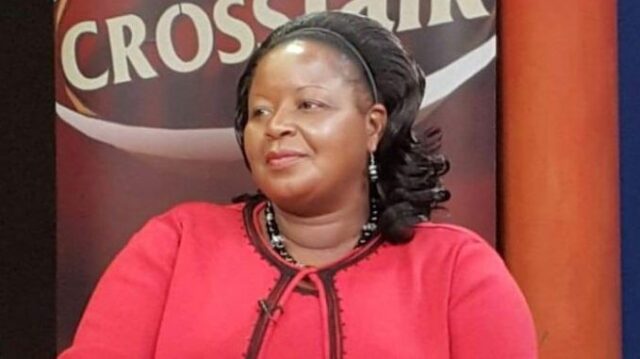 Bishop Margaret Wanjiru has become one of the trending leaders in Kenya following her reveal that she would be running for the Nairobi County top seat following Mike Sonko’s impeachment. Margaret Wanjiru is popularly known from her church called Jesus is Alive Ministries which has grown to multinational standards. It is one of the largest independent Pentecostal churches attracting several believers. This article looks into the bishop’s biography highlighting her background, personal life and her diverse career experiences.

Margaret Wanjiru was born in Nairobi in 1961 on 22nd of December. She is yet to reveal further insights on her family background especially concerning her siblings and parents.

Details on Margaret Wanjiru’s academic background remain unavailable as at the time of this article’s publication.

Bishop Margaret Wanjiru came to the spotlight after setting up the Jesus is Alive Ministries which opened up further opportunities for her such as ministry through books and television programs. Over the years, her ministry grew in numbers necessitating expansion across different countries.

Her influence grew as well offering her starting ground in politics. She has revealed that her entry into politics was a prophecy and that she aimed to bring a different narrative to the Kenyan political arena. In 2007, she ran for and won the Starehe Constituency Member of Parliament seat which marked her first political achievement. She won this on an Orange Democratic Movement party ticket, the party she later left for Jubilee.

READ: Top 10 Richest Kenyan Pastors and their Net Worth 2021

She is aiming at making a resurface in the political field with her competing for the Nairobi City County top seat. She is referred to as ‘Mama na Kazi’ in the campaign trail. Bishop Margaret is a supporter of the United Democratic Alliance, a newly formed political party by the DP supporters. She contests for the seat against several candidates including Phyllis Wangare, Agnes Kagure, Alex Kemboi and Miguna Miguna, Ferdinand Waititu and Habib Kongo.

Bishop Margaret is a single mother of three. Her children are Ndimu Stephen Kariuki who is also a politician and has worked as Mathare Member of Parliament, Evans and Purity Kariuki. Her former husband the late James Kamangu passed away in late 2020 following what was suspected as alcoholic poisoning. The two had been in and out of court following their union which had not been fully settled. In 2008 when Bishop Margaret was going to get married to a preacher from South Africa named Samuel Matjeke, James Kamangu filed a case at the High Court since their marriage had not been terminated hence sought a barring of the upcoming wedding. The late Kamangu passed on when he was married to another lady.

Bishop Wanjiru combated the Coronavirus disease after contracting it in May 2020. Her case was severe necessitating Intensive Care Unit admission and oxygen supply.

Margaret Wanjiru Net worth and Assets

Bishop Wanjiru’s net worth is yet to clearly established. She owns a lavish home in Nairobi’s leafy suburbs.