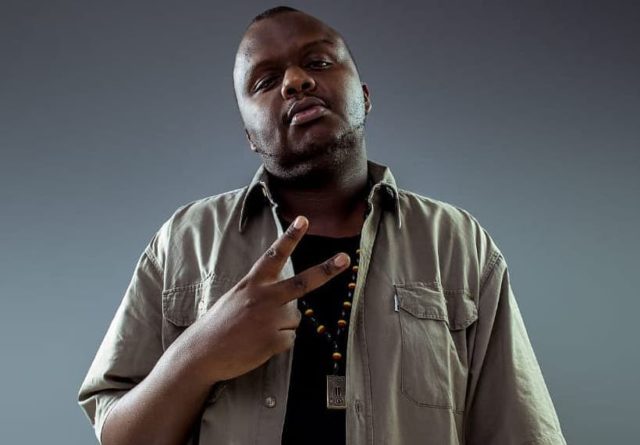 Mejja is a popular Kenyan gengetone artist who recently got to release his hit song ‘Utawezana’ featuring Femi One.

Major Nameye Khadija alias ‘Mejja’ or ‘Okwonkwo’ was born on 23rd March in Majengo slums in Nyeri county, Kenya. He is yet to make his birth year and age public.

Mejja’s 5-year wedding was everything he ever wanted until his then wife dumped him via a text message. He totally did not see this coming since prior to that, everything was fine.

Mejja quickly crippled into depression that saw his life and career suffer a huge deal. He even contemplated death during this time. His major take- out from the marriage was his daughter whom he loves to death.

Barely after his wife dumped him, he found new love. He posted his beauty on his Instagram account on August 2019. The post was followed by a long cheesy caption where he got to call her his Ghetto queen. His new love is Jeff Kimanzi’s ex-girlfriend and together they have a son. Mtoto wa Khadija has a daughter from his past relationship.

He has always had a passion for music which can clearly be traced to his primary school days. His first taste of stardom came when Celtel was holding a talent search all over the Kenya. The company was moving all over Kenya, moving province by province, looking for the top three contestants in each province.

Mejja happened to be among the top 3 contestants in his province. He later on became the first runners up nationally, winning ksh. 20,000. He later on came to Nairobi in 2007 and met Clemo of Calif Records, who helped mentor him music wise. Mejja got signed to Calif Records that has Clemo and Jua Cali in it.

Back in the day, Mejja joined a music group known as ‘Ghetto clan’. He used to sing with his brother Wambugu. During this time, he could barely write his own songs, so he used to rely on borrowed content.

He teamed up with Kidkora and Madtraxx to form a celebrated trio in the Kenyan music industry known as the Kansoul. Together, they have dropped hit songs such as Nyongwa and Dabo tap.

One of Mejja’s breakthrough songs was ‘Jana kuliendaje’ which he released in 2008. The song even won him an award at Kenya’s Chaguo la teeniz. He recently released a song known as ‘Utawezana’ featuring Femi One.

The song got so much traction online especially after Azziad Nasenya, a Kenyan Tik-tok beauty made a video of her jamming to the song. The song got shared all over social media and Azziad ended up trending on all online platforms in Kenya.

His estimated net worth is approximately more than Kshs. 25.3 Million. Mejja has been in the music industry for over 10 years. He gets most of his revenues from stage performances and brand endorsements. Currently, he is the brand ambassador of Broadway Bakery’s new ‘Mando Bites’