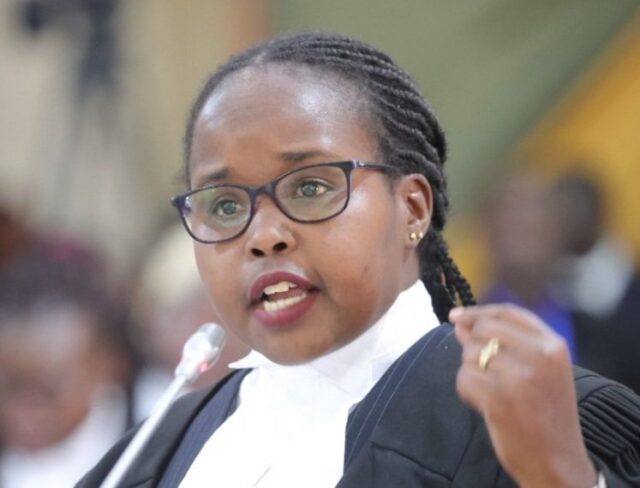 Melissa Ngania is a Kenyan lawyer and advocate at the High Court. She is among the legal team that represented the Kenya Kwanza team at the Supreme Court of Kenya to defend William Ruto’s win.

38-year-old Melissa Ngania is from the slopes of Mount Elgon around Kenya Uganda. She is from the Sabaot Community. Also, she is from a family of six and is the last born.

Ngania grew up in Kitale town, Trans Nzoia county where she attended her primary school education. She then went to Tororo High School in Uganda for her O levels before joining Makerere University where she graduated with a Bachelor of law degree.

She later came back to Kenya where she joined the Kenya School of Law and was later admitted to the bar in 2011.

Ngania has experience working with many different companies in the legal field. She worked at Havi and Company Advocates, a law firm managed by the former law society of Kenya. Later on, she partnered with Steve Wairegi to establish Wairegi and Company Associates.

She is currently among the lawyers defending William Ruto’s presidential win as announced by the Independent Electoral and Boundaries Commission (IEBC) chairman Wafula Chebukati on August 15, 2022.

Ngania first made an appearance at the Supreme court back in 2017 when she was among the legal team defending Uhuru Kenyatta’s win which was challenged by the then opposition leader Raila Odinga.

She was allowed to do a PowerPoint presentation at the Supreme court on behalf of the senior counsel Fred Ngatia back in 2017.

There are no details on Melissa Ngania’s net worth. However, she earns most of her wealth through her career in the legal field.