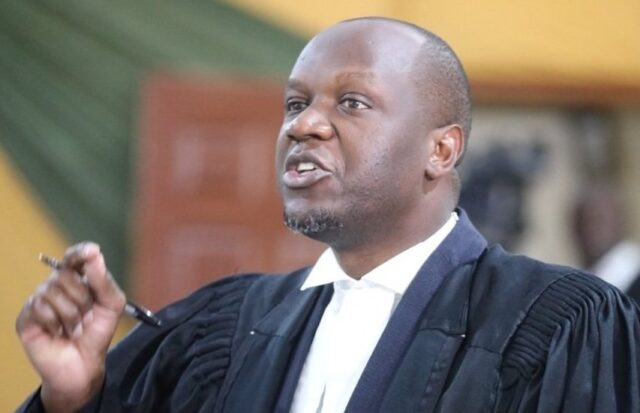 Willis Otieno is a Kenyan advocate. He recently gained a lot of attention from Kenyans after he sweat profusely while he was making his submissions at the Supreme Court of Kenya.

Willis Otieno was born on January 15, 1984 in Nairobi, Kenya. Further details on his early life as well as primary and secondary education are not known.

There isn’t much disclosed to the public on Willis Otieno’s education. However, he is a qualified advocate who graduated from Moi University and the University of Nairobi.

Willis Otieno is a partner at Otieno Ogola and Company Advocate. He is currently among the legal team defending the Azimio la Umoja team’s petition to nullify the August 2022 general election results at the Supreme Court of Kenya.

On Wednesday August 31, Willis Otieno said that not even the Independent Electoral and Boundaries Commission chairman Wafula Chebukati knew who the winner of the election was. Willis likened the process Chebukati used to conduct the elections to a childhood game.

“For a whole day at the National Tallying Center, nobody knew who the winner was, including the commissioners, because tallying had stopped.”

“What Chebukati did is what my grandmother calls Nairobi karafuu and my niece piky piky ponky, paka mielo disco. It fell on William Ruto when he said William you are the president,” Otieno said.

He was sweating profusely while making his submissions. As a result, photos of him have circulated the internet in the entire country. Kenyans have been active in making different memes using photos of Willis sweating.

There are no details on Willis Otieno’s net worth. However, he is a successful advocate who earns most of his wealth through his career in the legal field.