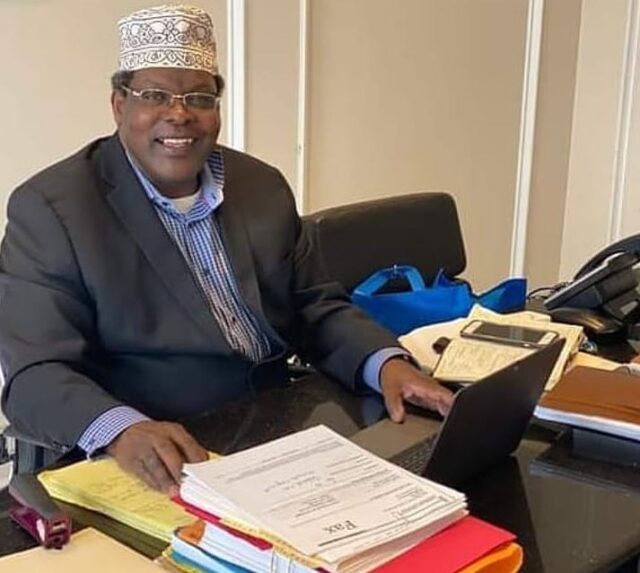 Joshua Miguna Miguna is a Canadian based lawyer, barrister, solicitor, and author. He rose to fame in Kenya during the 2017 General election. The lawyer was a strong Raila Odinga supporter and demonstrated this when he officiated Raila’s controversial swearing-in.

He was born on December 31st , 1963 in Magina village, in Nyando, Kisumu county. He was single-handedly raised by his mother after his father’s death.

For his primary school education, Miguna attended Apondo primary in Ahero, and later joined Njiiri High School in Murang’a for high school. He then joined the University of Nairobi to pursue a Bachelor of Arts in Political Science and Philosophy.

At the university, he served as the editor for the campus newspaper and later became a student leader (Finance Secretary) from 1986 to 1987.

In 1997, Miguna was arrested and detained following his several run-ins with the Moi government. This led to his fleeing to Tanzania, then to Swaziland and later ended up in Canada.

While in Canada, the lawyer joined the University of Toronto, where he graduated with a Bachelor of Arts in political science and Philosophy degree in 1990.

Miguna served as the coordinator for the committee of Democracy in Kenya from 1988 to 1994. He articled at the Civil Rights Lar firm of Charles Roach in Toronto, and later returned to Kenya in 2008 after being admitted to the Kenyan bar.

He was appointed as the senior advisor of Prime minister Raila Odinga on coalition affairs but was later suspended in August 2011 due to misconduct.

The author released his first memoir ‘Peeling Back the Mask: A Quest for Justice in Kenya’ in 2012. It was about exposing Raila Odinga.

In the 2017 general elections, the court nullified the results for the presidential seat. Miguna was among the most spoken on the nullification. The court later announced the winner as President Uhuru Kenyatta. However, Miguna went ahead and swore in opposition leader Raila Odinga as the ‘People’s president’.

He was arrested for treason and later deported to Canada since his Kenyan passport had irregularities. He tried returning to Kenya but was detained at the airport despite having multiple valid court orders. Later he was forcibly taken to Dubai after being held captive and tortured at the airport for three days.

The controversial lawyer is married to Jane Miguga for about 20 years now. The two have been blessed with 2 beautiful daughters.

Miguna Miguna has an estimated net worth of $5 million. He earns most of his money from his law and political career.