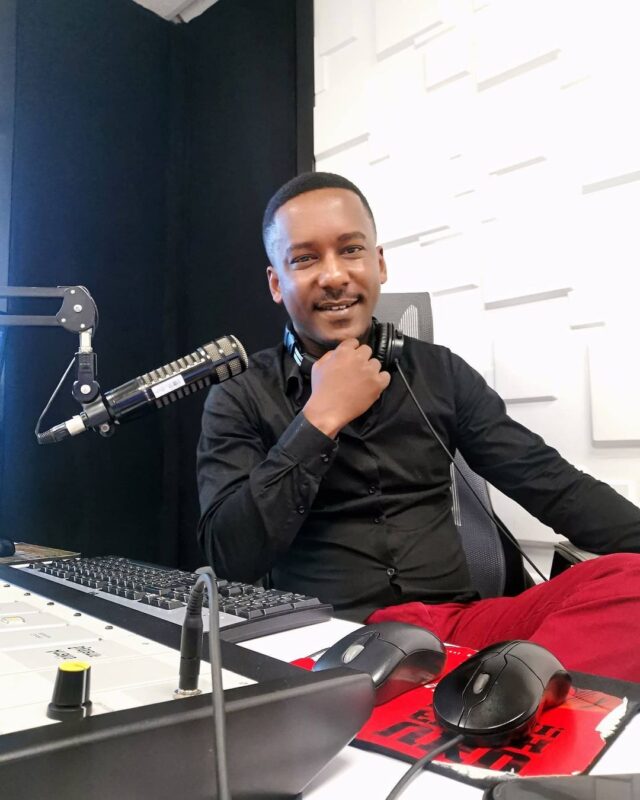 Mike Mondo came to popularity with his radio show hosting on Classic 105 during peak listening times. He is widely known for his voice and humor on air. This article looks into Mike Mondo’s biography highlighting his background, personal life, career journey, and more details.

Mike grew up under the care of her mother after his father passed away. He has a brother called Eric Nzioka Wambua. The present-day presenter talks of a tough time growing up as his single mother had no place to call her own. Mike Mondo was born in the month of September and is currently in his thirties.

Mondo’s career journey is an inspirational one that has made a difference in many people’s lives. He began his journey in Mombasa where he worked odd jobs to get some money for his needs. During this time, he was an unemployed nurse and shared a bedsitter with his brother Eric.

With the tough conditions persisting, he decided to change his location and relocate to Nairobi city to try out his luck. He went into the city and with the help of his close friends did voice-over gigs and a few other jobs to make ends meet.

On a certain day, he bumped into a Hot 96 FM audition. Mike did the audition and within three weeks was recruited at the station as a presenter. Therein, Mondo was also given the chance to host The Loop, a television show to tap into his talent.

He spent three years at Hot 96 and then joined X FM. Afterwards, he had more experience in another TV station – Sports Central. At the present, he is a radio show host in Classic 105 FM along with his co-host, Cess. the Classic Overdrive attracts thousands of listeners since it airs during times when most people are on their way home from work.

Mike is the father of one daughter. Information on his dating life is kept under wrap as at the present. However, Mondo talks of a past girlfriend called Brenda who helped him out during his tough financial days.