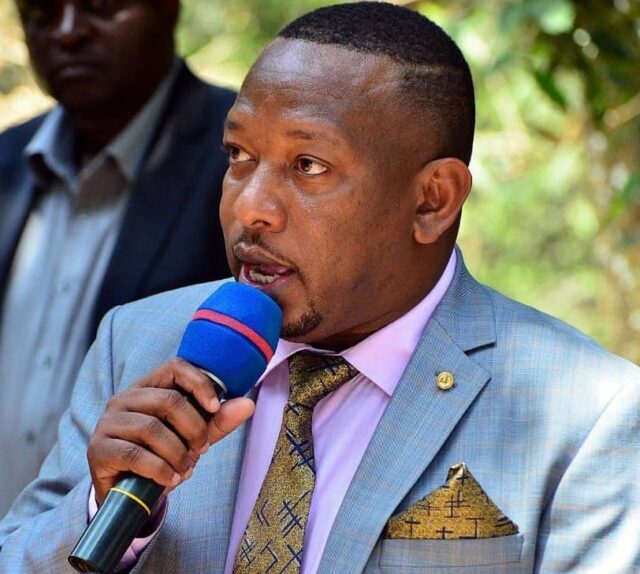 As one of the most popular, controversial and interesting characters in Kenyan politics, Mike Mbuvi Sonko is one whose life is worth the interrogation. In this article, we will be looking at the biography of Mike Sonko, the man who dared go to a parliamentary seating in bling.

Mike Sonko was born on 27th of February, 1975 in Mombasa County. His full name is Mbuvi Gideon Kioko Wam Mike Sonko, Sonko being a Kiswahili nickname that means wealthy. His father is called Mzee Kivanguli who hails from Machakos County.

Mike attended Kikowani Primary School and Kwale High School both in the coastal region of Kenya before he proceeded to university against many claims that he is not schooled. He is an alumnus of the Kenya Methodist University (KEMU) – Nairobi campus.

Sonko’s career in the political arena began when he was aged 35 and he vied for the post of Member of Parliament for Makadara constituency. He won the elections and from then made his mark among Kenyans and other parliamentary figures as the bling man for his dressing and jewelry accessories. He always had on chains, earrings, flashy wristwatches and was never dressed officially. This led to him being kicked out of a parliament session as he went in with his bling on – earrings included.

In the year 2010 after Kenya amended the constitution making the country a devolved nation, Mike Sonko vied to be County 047’s first governor and we won the seat. His dressing mannerisms changed and he now embraced a more formal style.
In the general elections in 2017, he vied once again for the gubernatorial seat and was reelected. His time as governor has been spent with him doing a lot of face lifts on the county and working on improving service delivery for Nairobians.

READ: A list of Top 10 Richest Governors in Kenya and their Net Worth 2020

In 2019, Mike Sonko was arrested in Voi and charged for corruption allegations against him. There were claims and evidence to back that he had used public money in an unprocedural manner. He was later released on a cash bail of about Ksh 20,000,000.

Recently in the months of 2020 into the global pandemic, Mike Sonko forfeited some of the key county functions to the NMS – Nairobi Metropolitan Services. The arrangement was overseen by the head of state and other legislative professionals. There has been rubbing of shoulders between the two entities which resulted in the president himself asking the governor to amicably work the situation out which they eventually have.

The governor is also known for his non-governmental organization named Sonko Rescue Team which he formed to offer services to slum residents who would otherwise not have been able to access these services.
Governor Sonko in 2019 was awarded an honorary doctorate degree of Excellence as a result of his efforts in making a change to the community from the European Digital UN.

Sonko is married to Primrose Mbuvi and together have three children – Saumu, Salma and Sandra.

Sonko who is always in love with gold, survived the first impeachment motion in February in the year 2020.

He has been at loggerhead with the national government especially the Kenyan President Uhuru Mwigai Kenyatta whom he accuse of meddling into Nairobi county matters.

This later created conflict of interest between the governor and the head of NMS with the former now blaming the national government for his woes.

Sonko has maintained innocence and has labeled the recent move as unnecessary and will not be intimidated in his political ambition and duty to the Nairobians. He was later impeached in mid December 2020, following the senate sitting at the Nairobi’s senate buildings.

Mike Sonko Net worth and Assets

Sonko is clearly one of Kenya’s wealthiest politicians. He flaunts his flashy cars, expensive jewelry and accessories and has given house tours of his lavish home in the leafy suburbs of Nairobi.