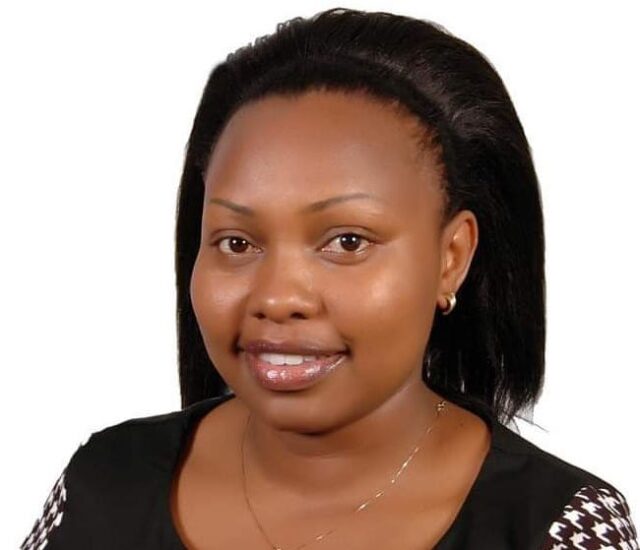 Millicent Omanga popularly referred to as Mama Miradi is a Jubilee party nominated senator who made it to the public eye following Tanga Tanga and Kieleweke politics which ended up in a number of leaders ousted from their political and leadership seats. She was part of a group of legislators who had been summoned by Jubilee disciplinary committee for gross insubordination and misconduct.

This was after they failed to report to a parliamentary meeting called by the president without offering apologies for the same. Millicent Omanga has had a remarkable story of her journey into the political field and below, we look at her biography highlighting her milestones, background and personal life.

Millicent Omanga was born in 1982 on the thirtieth of May in Kisii County. She is a first born in a large family of seven daughters in Rongai. Her family was considerably wealthy living in a five-bedroom house seated on a two-acre piece of land. Her father, Mr. Omanga, was the family’s sole bread winner, a mechanic at the Postal Corporation of Kenya.

Life was good until things took a turn for the worse in 1999 when Millicent’s father was involved in a car accident that took his life. Her mother was then left stranded with seven children to fend for with no source of income. She was forced to take up any job to feed her children and that included blasting stones for sale and selling farm produce.

Millicent attended Mumbai Girls then proceeded to the Medical Training College. She pushed further enrolling for a Journalism course in the University of Nairobi and a postgraduate Commerce degree from the same institution. Millicent took up leadership roles in campus serving as the SONU representative for module 2 students.

Omanga is a long-time and experienced entrepreneur in several fields such as interior design, furniture imports and in construction. She has opened up more than fifteen stores dealing with all aspects of interior design and incorporating it with imported goods offering clients more choices in their purchases. She has openly credited the Deputy President Dr. William Ruto on her entry into politics.

Her first appointment was in 2013 when she was appointed as a company director at Kenya Electricity Generating Company – KenGen. Four years later she vied for the Nairobi women representative seat which she however lost to Esther Passaris. The deputy president was supportive once more securing her a nomination as Jubilee senator.

Apart from politics, Millicent Omanga founded and leads Milways Enterprises which is a general business dealing with the construction industry, interior design and furniture importation.

Millicent Omanga is married to Dr. Francis Nyamiobo a medical practitioner with whom they have been blessed with two children named Maya and Wayne. She subscribes to the Seventh Day Adventist church which she attributes to her modest nature such as not doing make up and not wearing trousers until she had finished school. She is also a huge football fan, saying she has never missed a World Cup since 2002. She revealed these following allegations that she alongside other Members of Parliament had spent the Kenyan taxpayer’s money to attend the World Cup in Russia.

Millicent Omanga Net worth and Assets

Millicent Omanga’s net worth is yet to be established and information detailing her assets are unavailable to the public.