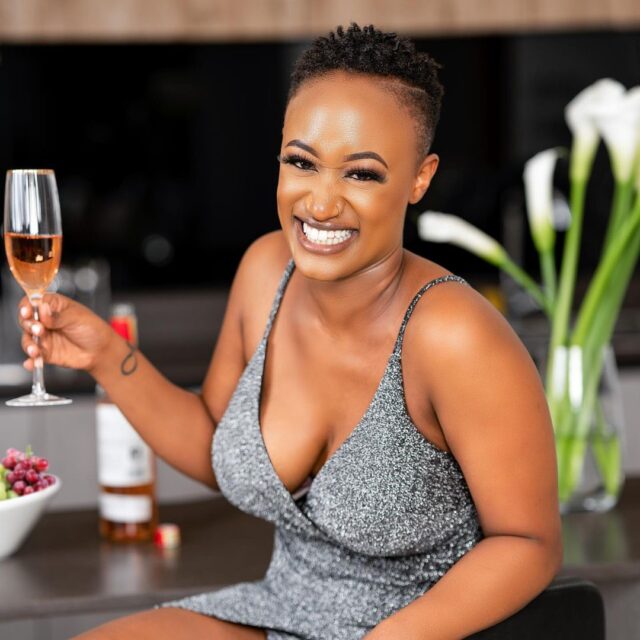 Miss Mandi, popular for her radio shows and her cooking YouTube platform, has made it to the limelight following a Tweet she made online that apparently set Kenyans fuming. With a booming career, this has come to either propel or take it down. This article looks into Miss Mandi’s biography highlighting her background, age and place of birth, education, career journey, and personal life details.

She was born on 25th April 1991 in Nairobi and named Mandi Sarro. Mandi grew up with one sister to open-minded parents. Her family was based in Nairobi where she grew up before her relocation to Canada. She traveled to Canada in 2003 and lived there for seven years, moving back to Nairobi in 2010. As of this article’s publication, Miss Mandi is thirty-one years old.

Miss Mandi Sarro attended Loreto Convent Valley Road before her relocation to Canada.  She attended the institution with her sister. She reminisces of her younger childhood saying her father was into art, a passion that she borrowed.

At the age of fifteen, as a teenager in Canada she got an internship at a travel agency. She was quick to realize that she was not one made for the desk job. After moving back to Kenya, she was at a private screening of Shuga – a show that she was auditioning for at Chester House in Nairobi. It was at this time that she met Nick Mutuma – a Kenyan actor and presenter who suggested that she explore a voice test and this was her key into the radio space. This had promoted her confidence to work for Homeboyz Radio as her first Kenyan radio show after working in Canada’s Flow 93.5 FM. Miss Mandy mentioned that since she was fifteen in Canada, she had explored various career options such as being a sneaker store attendant,  a VIP hostess at a club, and a fashion stylist.

In her career, she looks up to Angela Yee who started out in her small way and grew to become the State’s biggest number one breakfast show host. She went on to take some of the steps Angela did in her career. At an earlier stage in her career, she hoped she would one day become a Programmes Controller and had entrepreneurship goals as a boutique shoe-shop owner.

In Kenya, she hosted Morning After, a Kenyan radio show on 91.5 FM as a presenter. This was a show she came up with from start to finish including its title and content. It was one primary on relationships and sex which became quickly widely popular among Kenyan youth. She said she identified that the youth did not have a voice to represent them and this was a show she was interested in making a  representation. Morning After was not only an entertaining show but also very informative. Talking about real issues and staying on top of trending topics was a challenge she had to be on top of.

This has kept her as a good show host in future radio shows and would, later on, establish her own entrepreneurial paths. She is known for setting up a Youtube channel known as Miss Mandi ThrowDown separate from her personal channel Mandi Sarro. She uses the platform to explore her food blogging interests which have made her a famous blogger.

Recently, Miss Mandi became a trending personality on Kenyan media because of what she said in a Tweet. She wrote, “I truly dislike people who aren’t big on accountability. You can’t go around doing things that hurt people then are afraid to be accountable for your actions. You’re stunting your own growth.”  Koome Gitobu, a former Miss Mandi colleague reiterated to this saying, “Just sitting here watching the person who constantly terrorized and brutally bullied me the entire time we worked together talk about accountability,” highlighting his time working with Miss Mandi Sarro.

He went on to add, “This woman. Would constantly call the entire office to a stop to make fun of my clothes when I didn’t have enough money to buy the trendy shit she and her friends thought only those deserving to be in their presence to wear. This woman. Made up such hurtful nicknames for me behind my back. And laugh in my face because I couldn’t afford to order fancy food for lunch so I would cook my own food and carry. This woman. Felt because I didn’t have an accent as well-polished as hers I, therefore, was not deserving to be a radio presenter like her. And would happily remind me whenever I crossed her (which only happened when I breathed near her).”

Not surprisingly, this story got to number one on trending Kenyan hashtags on Twitter with people coming up with several memes and statements. They had apparently given Kenyans a chance to open up a vault that described her being hurtful to other people. In typical Kenyan online fashion, they found a long past local newspaper article that accused her of physically assaulting Anita Nderu, a then-colleague at the Fairmont Hotel. This was in response to her tweet which people said was a typical measure of people saying that she was preaching water and drinking wine.