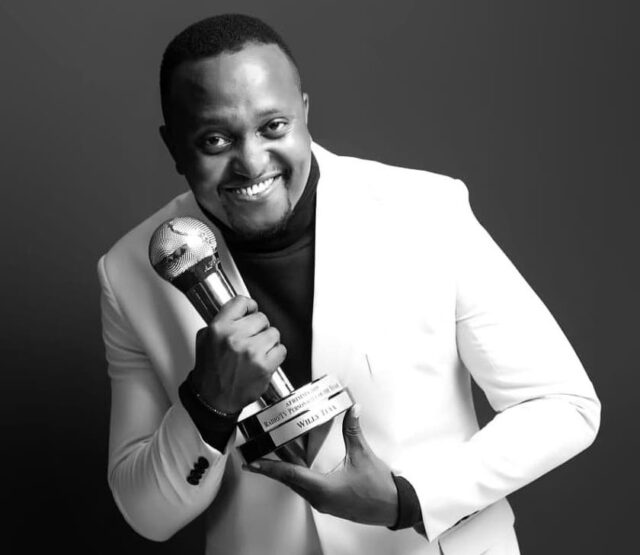 With a big voice and lively personality, Willy M. Tuva is one of the most popular people in the media industry. Willy M. Tuva who has had a fair share of hardships in his life is the subject of this article as we look into his biography. We look into the steps he has taken on his climb up the ladder and making a name for himself despite the tough, humble beginnings and several rejections on his face.

Willy was born and raised in Lamu and he is in his late 30s. He has a twin brother whom much is not known about. His upbringing in the coastal region explains his Swahili accent which has proven to be an asset in his work as a television and radio presenter.

Mzazi Willy attended Mukaa High School before joining the Kenya Institute of Mass Communication to study Investigative Journalism. His educational experience provided him a boost in his search for a job though it was not an easy road.

His career began soon after completing his college studies and began the hunt for a job fitted for his skills. His first job was at Kenya Broadcasting Cooperation where he had a quarter hour segment talking about health and fitness.

This was not his personal show but a segment under one Jacob Magoa’s show. He did this for a while, still looking for better opportunities that would get him a better life. He at the time lived in Umoja in Nairobi, sleeping on the floor with a close to empty one bedroom house.

He had a concept he hopes to sell to a top radio show, one that would boost the level of attention Kenyan music got from the country and even beyond. This was because he knew a number of good artists who were being awfully underrated. His next step was at Citizen radio when Vincent Ateya invited him after listening to him on KBC radio.

This was the beginning of many good things as he later got to have his own show which he called Mambo Mseto. The show is still active to date. He used this to air a lot of Kenyan music that was previously unreachable to many citizens.

The radio show progresses very well and he then took another step airing the show on television and targeting music from all over East Africa. He called the show Mseto East Africa which grew more popular in several countries and households.
He later set up other shows following the success of his past works dubbed Mseto Campus Tours targeting universities and colleges and Mseto Mashinani which was a mobile show taking Kenyan artists to different places in the country to reach further fans.

Mzazi Willy M. Tuva is married to a Tanzanian lady with whom they have two children, Tonga and Tanya. His wife is one that stays away from the public eye though the children are allowed to be on the spotlight with their father.

Mzazi Willy makes a decent earning from his radio and television shows. He earns an average of Ksh 250,000 every month. His exact net worth is yet to be established.

He is the Chief Executive Officer of a charity organization named Mzazi Foundation which is an organization he established to support the vulnerable people in society and provide access to basic necessities. He has in the past year, 2019, been awarded Africa’s best radio television presenter at the AFRIMMA competitions.