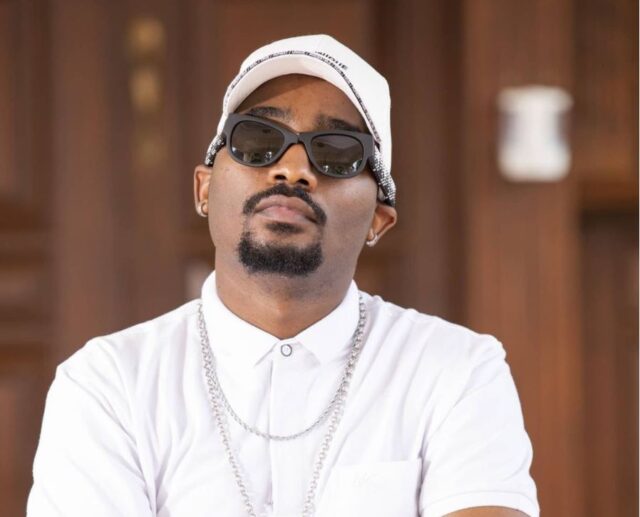 Ndovu ni Kuu is a phrase that became an online sensation after a similarly titled song was released online by Krispah, Boutross Munene, and Khaligraph Jones. Krispah is a Kenyan artist who stumbled into the limelight after his song rocked the airwaves in Kenyan fashion. This article looks into the biography of Ndovu ni Kuu who came up with the song that took him to fame and some legal trouble too. Read on to find out!

He was born on 6th January 1996 in Kabete, Nairobi as the last born in a family of three. His real name is Christopher Thande Githara but only took up his pseudo names for his music career. When asked about why he chose the phrase, he says that he loves elephants, hails them for their strength and intelligence, and thus considers himself as so.

Christopher Thande was a student at Kahuho Uhuru Boys where he completed his studies with a B+ grade getting him a placement at Kenyatta University. He was placed for a Geospatial Engineering course. This did not intrigue him as a course selection and so he chose to join the East Africa School of Aviation for an Aeronautical Engineering program.

His musical journey began at Kahuho Uhuru Boys where he took up instruments and was an active member of the music and drama festivals.

Coming together with Papa Jones and Boutross Munene, the three released Ndovu ni Kuu, a song inspired by Krispah’s ex-girlfriend called Pamela who broke his heart. Pamela was then a student at Kenyatta University and as the two dated, she went behind his back and got involved with another man. She would then get pregnant with the man’s child leaving Krispah in a rude shock.

The song ‘Ndovu ni Kuu’ was published on May 22 2021 but after garnering three million views in a few weeks, the video was pulled down from YouTube on grounds of copyright infringement. Dexta Briyanka is a rising artist who filed the infringement case against the trio and coupled with the defamation to Kenyatta University, was able to have the video pulled down. A line in the song says, “Mtoto Wangu akiitwa KU nitakataa”. This made rounds online and apparently negatively affected the number of admission applications made to the institution.

The trio went on to say that they would have the video back online despite the claims raised against it.

He grew up with two siblings and has had a passion for music since he was a young boy. On his dating life, it is not clear with whom the artist is currently involved.