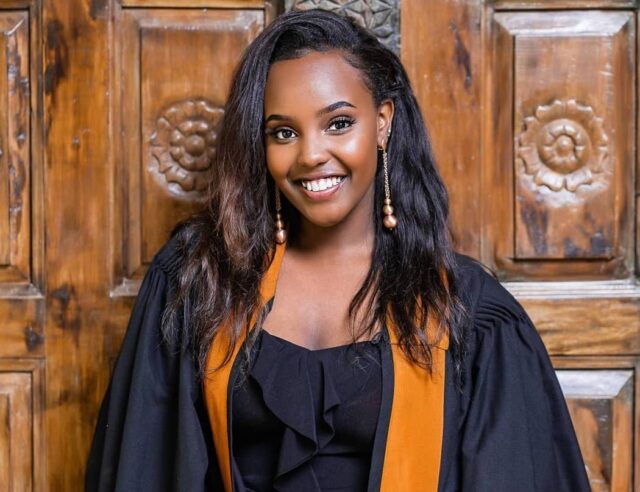 One of the youngest Kenyan musical artists who have shaken up the industry is Nikita Kering. She rose to stardom from her song ‘Tragedy’ which was a powerful production of emotion and a mature address to violence in romantic relationships. The young musical artist has defied odds and won herself awards already at her tender age. In this article we look at the biography of Nikita Kering.

Nikita Kering was born on February 26th, 2002 in Nairobi, Kenya. The 18 year old is an only daughter and has 3 brothers. She was born to her parents Anne and Joseph Kering who have always been extremely supportive of their children’s talents and education.

Nikita Kering is said to have been a singer from a very young age singing along to artists such as Emmy Kosgey. In 2012, she had a debut stage performance during an album launch by Emmy Kosgey where she got to perform to a huge audience and impressed them immensely. This was the beginning which gave her the confidence and push to greater heights in her career.

She then spent a lot of time working on her music while juggling with school and made a name for herself. She is also an actress having performed at several plays and school productions.

Nikita Kering signed up for Mr. Eazi’s initiative titled EmPawa Africa and was impressively one of the top 10 finalists who were to undergo finer training and grooming for the international stage. This Initiative was one that Mr. Eazi set up to improve the African talent exposure to global levels. Nikita became a finalist though could not proceed with the program as she was still too young. This opportunity also opened up more doors for her as they promised to support and mentor her in her endeavors.

Her songs have received much admiration and accolades and she attributes this to hard work and the guidance of established artists such as Eric Wainaina who has sang several top songs such as ‘Okay’ and a popular ‘uzalendo’ song titled ‘Daima Mkenya’.

Nikita Kering bagged two awards at the 2019 Afrima Awards and made history as the youngest female Kenyan to make it to such heights. The sky is not the limit to this budding star who looks up to global stars such as Beyoncé Knowles Carter.

Information on Nikita Kering’s personal life is unavailable as she maintains that part of her life private. She does not overshare her information and uses her social media platforms to share musical work, promote projects and share information involving her music.

Nikita Kering Net worth and Assets

Nikit’s net worth has not yet been established at the time of this article’s publication nor the details on the assets under her name been made available to the public yet. The musical work earns her some income and a few brand endorsements.