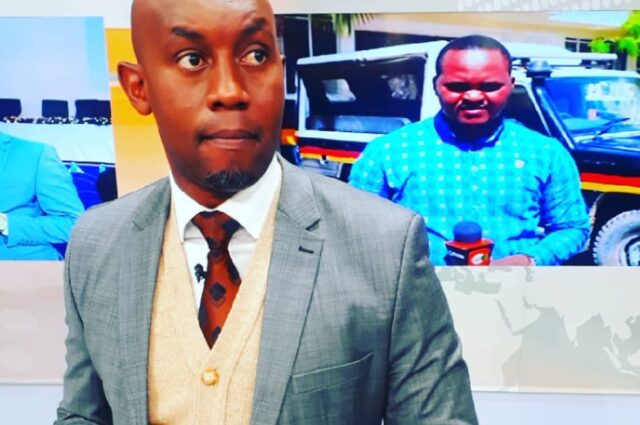 One of the best Swahili news reporters on Kenyan television is Nimrod Taabu. He has been in the field for years now, making the steps up the ranks in the industry. He has had a long journey which we would like to highlight in this biography, showing his fans and viewers the steps required to make it in media and consistently do so like he has. The award winning journalist and media personality is the subject of this article.

He turned 41 this year 2020, celebrating his birthday on the 14th of September. He was born in 1979 as the elder one of twins. His family is made up of six children all whose details and information have been kept private and separate from Nimrod’s public life. He grew up under the care of his parents along the coastal Kenya enjoying their full support in his education and career choices.

His early childhood education, later primary school and high school was in the coast before his move to Nairobi when he was furthering his book knowledge. He initially planned to try out a path in hospitality before he enrolled in the KIMC to study media. This would be the beginning of his profession.

Before journalism, Nimrod Taabu tried his hand in agriculture under his father’s guidance.
The prestigious CNN Award winner began his journey up to his rank in the year 2000 after graduation where he worked as a deputy reporter, then proceeded into a news anchor and a reporter for the national television station, KTN.

He then moved to NTV where he served as a senior anchor for a couple of years before his greener pastures came calling. In the year 2018, Citizen TV’s Kanze Dena left to take up her new role as the Deputy State House Spokesperson offering a vacancy which Nimrod Taabu perfectly fit. This is where he currently is working giving viewers the 7pm Swahili news and doing some story coverages.

He is married to one Hellen with whom they have been blessed with two sons. He says that he is a great cook who takes time to prepare meals for his family.

Nimrod Taabu Net worth and Assets

As a top Citizen TV reporter, Nimrod makes a decent salary though information on his exact net worth is not yet available to the public as he is very private when it comes to such personal matters.