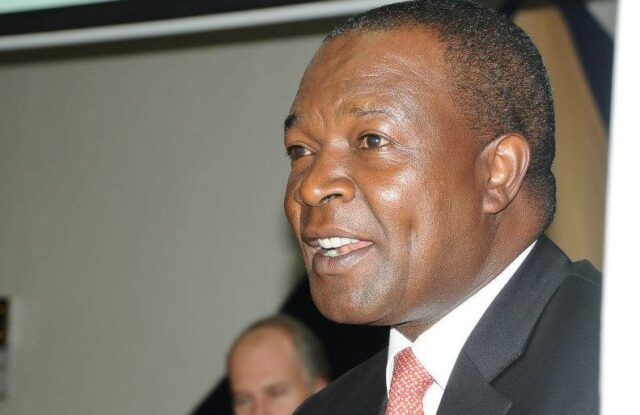 Prof. Njuguna Ndung’u is a Kenyan economist, economic researcher, and university professor. He served as the eighth governor of the central bank of Kenya from March 2007 to March 2015.

He was recently appointed by president William Ruto as the new cabinet Secretary of the National Treasury. The president announced the new members of the cabinet on Tuesday, September 27th.

Njuguna Ndung’u was born in Lodwar, Turkana county in 1960. Further details on his childhood as well as primary and secondary school education are not disclosed.

Before he was appointed to become the governor of the Central Bank of Kenya, Ndung’u worked as the Director of Training at the African Economic Research Consortium. The new cabinet secretary also worked as an associate professor of economics at the University of Nairobi.

He also worked as a regional programme specialist for the Eastern and Southern Africa Regional Office, Nairobi, of the International Development Research Center, Canada. In addition, he worked as a principal analyst and head of the Macroeconomic and Economic Modelling Division at the Kenya Institute for Public Policy Research and Analysis.

He has taught and researched various fields of Economics. He has also published in International journals in various books on different topics.

Njuguna Ndung’u’s net worth is not yet known. He earns most of his wealth through his career as an economist and lecturer.