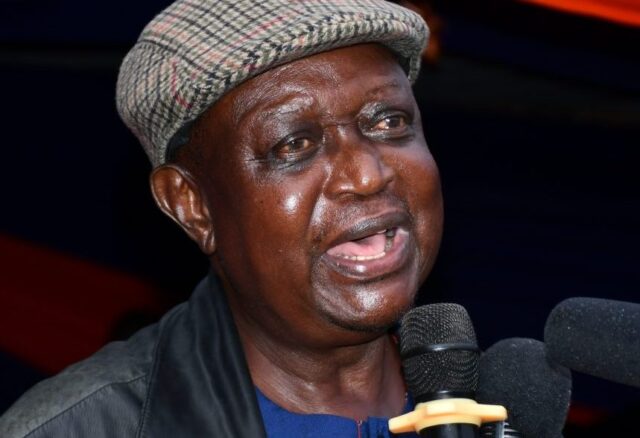 Oburu Odinga is a former Kenyan Member of Parliament and former assistant finance minister in the 2008 Grand Coalition government. He is currently a member of the East African Legislative Assembly, based in Arusha, Tanzania.

78-year-old Oburu Ng’ong’a Odinga was born on October 15th, 1943. He is from the famous Odinga family. His father, Jaramogi Oginga Odinga sired a total of seventeen children. Among them, is the famous Kenyan politician and presidential aspirant in the August 2022 general election, Raila Odinga.

While there is not much disclosed about Oburu Odinga’s early life, he shared in his autobiography titled ‘In The Shadow of My Father’ how he grew up with his siblings. In his book, he mentioned how he lived with his siblings including Raila Odinga. He recalls the times they walked naked in their home since they had no clothes.

There is not much known about the former MP’s education. However, he went to the People’s Friendship University of Russia.

Oburu Odinga was approved by the Senate on 11th December 2017 to represent Kenya at the EALA. He is also a writer and launched his book ‘In The Shadow of My Father’ on the 25th of November, 2021.

While there are no details on his family, Oburu Odinga is a family man who has several kids, including Jaoko Oburu Odinga. In an interview, Oburu shared that his life was not as easy as the media made it look. He talked about how his father had a Harambee in order to take him to Canada for school. He added that his siblings also went through the same troubles in order to go to school.

Oburu Odinga’s net worth is not yet known. He, however, mostly earns his wealth through his political career.