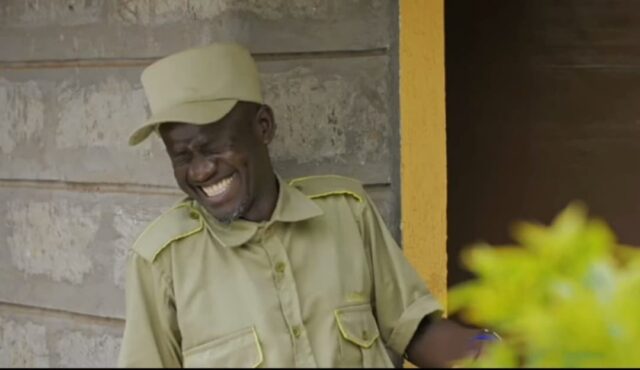 Characterized by a humorous portrayal of a watchman on Zora, Ogola is indeed a great actor whose contribution and presence on the Citizen TV show are valuable. Ogola plays Oliver’s watchman on the show that has had Kenyans glued to their screens after its predecessor Maria came to an end. How much do you know about the man? This article looks into his biography highlighting his background, education, career journey, and some personal life details.

He was born in Homa Bay County in a village called Olando. His parents named him Fred Alvince Owiti Kasuku upon his birth and would later be called Alvince by most of his friends and family. Hailing from Suba County, he had bigger dreams of one day putting his talent of acting and comedy into a venture that would also earn him a living.

Ogola was a student at Mbita High School in Homa Bay County where the classic boy-school life gave him an avenue to build his acting and comic skills. He would take part in the drama club and engage his friends in humorous stunts and jokes. Little did he know that he was slowly shaping his career in those moments in the football fields and dormitories. In high school, they had a watchman who would become one of Ogola’s models for his present role in Zora.

AFter high school, he went around on various acting platforms awaiting placement in the university. Alvince joined Kenyatta University undertaking a Bachelor of Education Science (Chemistry and Mathematics). He is yet to reveal whether he completed his course or found his greener pastures abandoning the course.

With an inborn passion for acting and being inherently humorous, Ogola joined Rabala Theater located in Homa Bay after high school to begin acting professionally. After a while, he traveled to Nairobi looking for bigger opportunities and in equal measure, tougher challenges. He joined Thetrix Arts and  Jicho 4 Production as a set-book actor. With these teams, he went around various high schools helping students take a closer and actualized look at the books they read and would be examined on.

Apart from set-book acting, Ogola worked with Culture Spills acting in the Luo language, and presenting these shows at the Kenya National Theater which is a breeding ground for most of the actors and actresses in the Kenyan scene. Moreover, he gained some experience at Heartstrings Entertainment at Alliance Francaise, Renegade, Festival of Creative Arts. His extensive acting career has also seen him perform at the Churchill Show, The Real Househelps of Kawangware, and Comedy Arena before the Zora opportunity came knocking on his door.

Sending his audition clip via Whatsapp for the Ogola role, he received a callback and would then get the role. This role has propelled him further in the media and fame around the country.

Apart from comedy and acting, Alvince also does MC gigs.

The actor has not made his personal details much known to the public, only giving it in doses. He revealed in an interview that he was in a relationship and looking forward to a happy life. Fans wondered whether that meant that he was speaking about getting married.