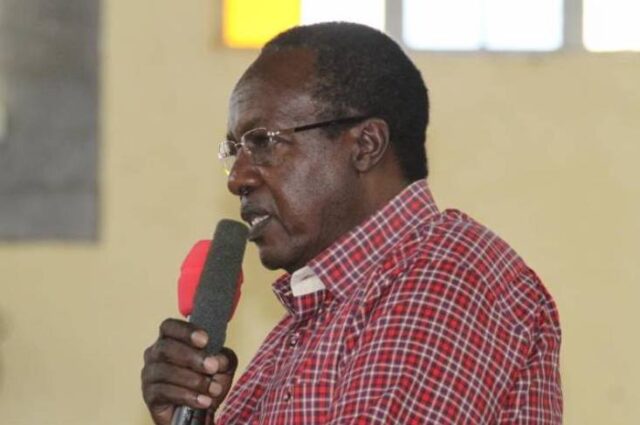 Paul Koinange was a political leader representing the people of Kiambaa Constituency before he died after battling Covid-19. His death necessitated the by-election that became a hotly contested seat among the UDA and Jubilee political parties.

The late Hon. Paul was born in 1949 in Kiambu, Central Kenya.

He attended Tarkio College undertaking a BA program in Sociology, Anthropology, and Political Science. Hon. Paul K. pushed further and attained his graduate degree in International Law from the University of International Studies. The late Hon. Koinange attained both his degrees from the United States of America.

Before politics, Paul did a few jobs managing projects for private firms and enterprises. In 1972, he made his way into public service at the Ministry of Sports and Social Services. He later went into the Ministry of Labour before he went back into private practice. This led to his Managing Director role at Suncity Cinema Limited & Mugawa Enterprises. Paul Koinange’s experience in the private sector also saw him work as an executive at Video Tracts Revival before he went back to civil service.

The 2017 general elections came and Hon. Koinange vied for the Kiambaa Constituency Parliamentary seat and got elected into office. He died while in office due to the Coronavirus on 31st March 2021. He was also the chairperson of the National Assembly’s Departmental Committee on Administration and National Security at the time of his demise.

He was married to two wives, June Koinange and Mary Koinange. The late Koinange was also a born-again Christian who led the parliamentary prayer group, promoted peace even in his professional capacity, and promoted God’s work through all the means he could.

The legislator succumbed to Covid-19 during his hospitalization at Nairobi Hospital.