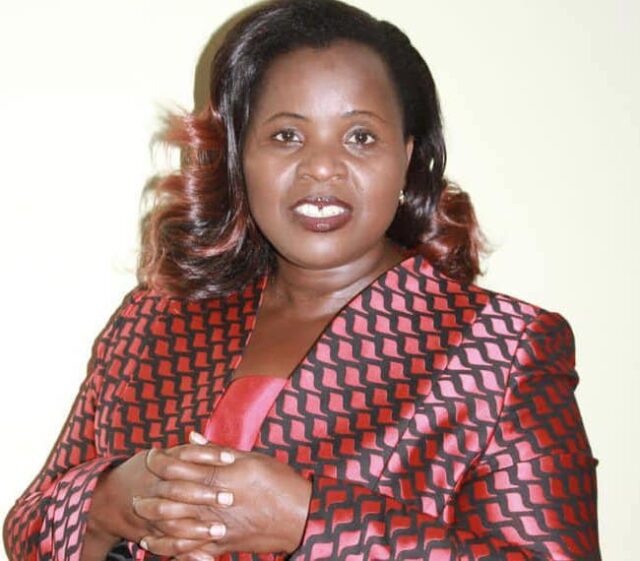 Peninah Malonza is a Kenyan politician who is known for serving as the Kitui Deputy Governor between 2013 and 2017. She was recently appointed to be the new cabinet secretary for the ministry of tourism, Wildlife, and Heritage.

On Tuesday, September 27th, President William Ruto went ahead to announce the new cabinet secretaries for his new government. Peninah Malonza is expected to take over from Najib Balala who has been serving for more than twelve years cumulatively.

There are no details on Peninah Malonza’s childhood, primary, as well as Secondary school education. She is from Kibwea in Mutomo.

Peninah Malonza is a former senior executive with a non-governmental organization called Compassion International. She served as Governor Julius Malombe’s deputy between 2013 and 2017 before they had a fallout.

She was later named by the former Kitui Senator David Musila as his running mate while still serving under governor Malombe. In the 2017 general election, Malonza was on the frontline campaigning to send her boss home. Both Mr. Musila and Mr. Malombe ended up losing the elections.

Many did not expect Peninah Malonza’s appointment to the cabinet. She was among the ten women picked by the president. She is also the first cabinet secretary to be appointed from the Kitui South constituency since Independence. In addition, she is among the only two ministers in the Ukambani region.

Malonza, alongside former Machakos Governor Alfred Mutua, will now be the political point person for the president, especially in Kitui county. Ms. Malonza is now expected to steer the recovery of the tourism industry which was deeply affected by the pandemic back in 2020.

Peninah Malonza’s net worth is not yet known. She earns most of her wealth through her political career.