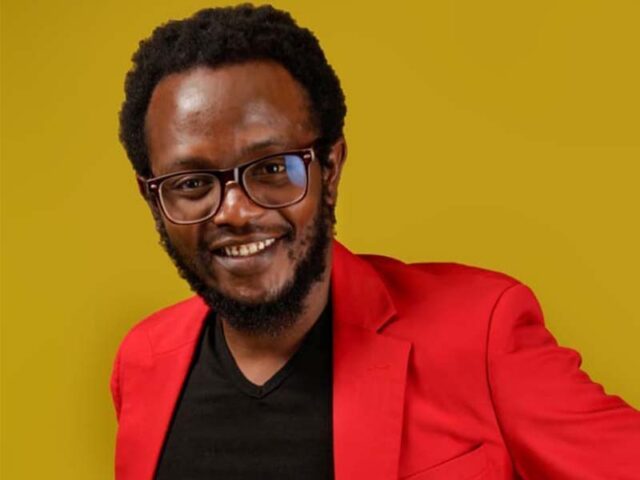 The Kenyan Entertainment Industry has several characters who all have different stories and backgrounds and one such character is Professor Hamo. The comedy industry has particularly grown and gained respect and admiration among Kenyans who have begun embracing the arts more. This article looks into Professor Hamo’s biography highlighting his background, education, career journey, and personal life details.

The comedian was born Herman Gakobo Kago on 5th July 1980. He was born in a large family having seven siblings. Their late father James Wachira and their mother brought them up in the Lanet military base as their father served as an army officer. He, unfortunately, succumbed to a heart attack on 5 October 2016. Professor Hamo’s family has since then been based in Nakuru County.

He attended two primary schools Kenyatta and Nakuru East before he finally completed his primary level. Afterward, he joined Nakuru Day Secondary School. Spending his formative and early adulthood years in Nakuru, college took him to Kisumu County. He enrolled at Kisumu Polytechnic pursuing Electrical Engineering in a diploma program. Professor Hamo however says he dropped out after two years finding that he did not really want to pursue that path in the future.

His career began at Tamasha band as a vocalist as he was chartering a path into comedy and acting. Professor Hamo traveled to Nairobi to try out auditions on various platforms including the Churchill Show. Like many things in life, the first few applications were unsuccessful and he had to do set book skits with theatre groups to get by.

Later on, his audition for the Nakuru Road Edition of the Churchill Show was accepted and his video got uploaded on YouTube. The reception was amazing opening him up opportunities in the actual Churchill SHow and his career has been on an upward trajectory since then.

Currently, Professor Hamo works as a full-time comedian and Hot 96 radio host alongside Jeff Koinange. Additionally, he was awarded a multimillion lucrative deal with StarTimes as its brand ambassador.

The comedian is married to a lady named Zippy and has had three children from his marriage. He keeps information on his family private.