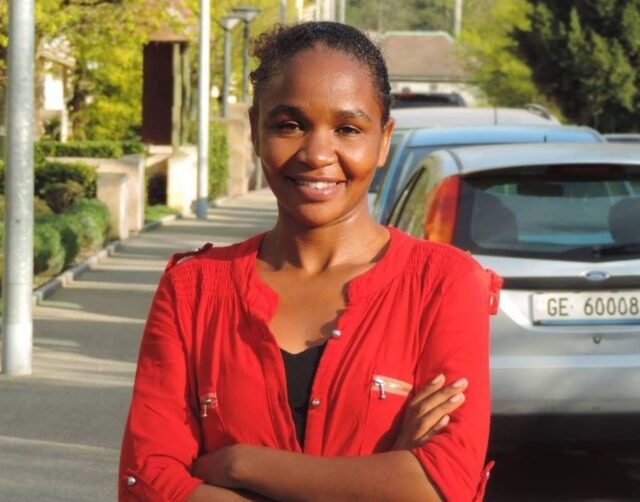 Purity Mwambia is a Citizen TV Investigative Reporter well known for her exposés. Her investigative pieces have always made her find herself on the wrong side with the authorities. She has done a good number of exposes with the most recent one being “Guns Galore”. This article looks in to her biography, career, education, family, husband, net worth and any other relevant information that you may need to know about her.

Purity was born and raised in the Eastern parts of Kenya. More details about her place of birth and age are not yet available in the public domain. This article will be updated as soon as the information is available.

Purity pursued a course in journalism on one of the reputable universities in Kenya. Since she joined TV, Purity’s career has been on an upward growth.

She Began her career at KTN where she worked for a long while and was later elevated to the position of the Senior Swahili Reporter/special series producer. She then joined Mediamax Net Work’s K24. While she worked on K24 TV, she did an expose which gained lots of views, made her more popular and prompted the authorities to take action.

She later joined Royal Media’s Citizen TV where she has done even more exposes. Some of her popular exposes include; Murder for Profit, Bweta La Uhalifu, Virusi Safarani and the most recent guns galore. Most of the exposes have always put purity and her team in troubles.

For instance, while she was still at K24, a driver William Mwangi who was assigned to the investigate team ‘Bweta La Uhalifu’ was attacked in his home by thugs looking for information about Purity Mwambia. As per Mwangi, the thugs were looking for a laptop that contained footage of an investigation Purity was working on.

The ‘Bweta la Uhalifu’ exposé was never aired. It got her in trouble with the police. The daring Mwambia managed to sneak an improvised explosive device into GSU headquarters in what was supposed to show how porous the supposedly well guarded facility is.

On the 18th of April 2021, a news segment titled Guns Galore was aired on Citizen TV. In the segment, Purity and her team investigated how men in blue uniform trade in uniforms, handcuffs and firearms with the public. Individuals who hire the police firearms and uniforms use them to engage in criminal acts such as theft and murder. The exposé has left the ministry concerned, spearheaded by Cabinet Secretary for security Fred Matiangi and the nation at large speechless, wondering how police equipment can make its way to the public.

A section of Kenyans On Twitter (KOT) are now calling for the protections of Ms Mwambia, following the exposé on how thugs easily hire guns from police officers for purposes of robberies and even murder.

The subjects, #GunsGalore #SilahaMitaani and Purity Mwambia have been a trending topic on Twitter, with netizens calling for action.

“Our year-long investigations have established that rogue elements with the police service have been providing services to criminals by hiring their guns out for purposes of robberies and even murder” reads a statement from Citizen TV.

Some sources reveal that Purity is married though information about her personal life still remains scanty. This article will be updated once the information is available.

Purity Mwambia Net Worth and Assets

Her estimated net worth as of the year 2021 is thought to be about Kshs. 100 Million. Purity’s success is attributed to her hard work in journalism career.