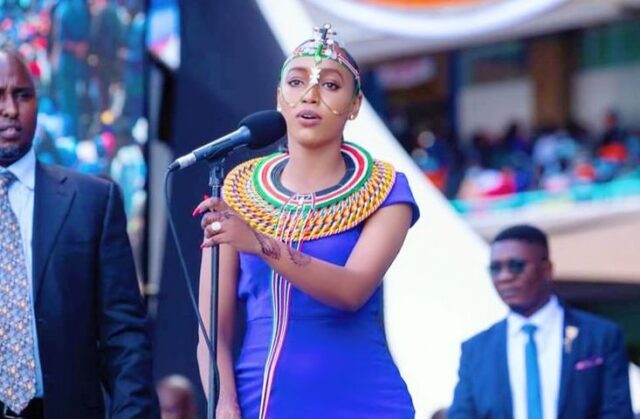 Queen Hezena Lemaletian alias Queen of the North is the ODM nominated senator. Queen Hellena is a go-getter, determined, liberal, girl child champion, gender equity supporter and a humanitarian. The 2022 Samburu Women Rep aspirant, has had big plans and goals for her people in Samburu.

Speaking at the Azimio la Umoja Convention on 10th December 2021 when Raila Amolo Odinga ‘Baba’ was officially launching his presidential bid for 2022, Queen Hezena sent the crowd cheering and in good spirits. Who is the lady that stunned Kenyans at the convention?

Lemaletian is in her early thirties although her specific birth date is not available. Her late father was a District Commissioner who shaped her to be who she is today.

Hezena Lemaletian is an alumnus of Milimani Primary located in Maralal. She, later on, enlisted at St. Theresa Girls High where she passed her Kenya Certificate of Secondary Education well securing her a place at the University of Nairobi to study Finance.

She has been a jack of many trades having explored work and opportunities in various industries before. In 2012, she worked in the position of a finance officer given her background training before she went into addressing her community problems.

Being passionate about the pleas of minority groups, she naturally wanted to find ways to ensure that her contribution would be impactful. Currently, Queen Hezena is a Global Peace Ambassador, Miss Commonwealth Kenya, and a Charity Ambassador for the Commonwealth. 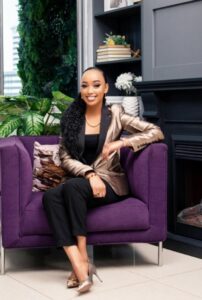 These platforms have given her a place to voice the needs of citizens back in Samburu and their goals and aspirations. Issues like educational development, health facility improvements, and championing rights of the girl child are her main areas of concern.

In line with her commitment to the path she chose, she founded the Pastoralists Sports Initiative. This is an avenue she set up to uplift the young people in Samburu using sports and culture. Her endeavor strives to foster understanding and unity among the people of Samburu. This is indeed a noble effort that will have its unique contribution to alleviating the suffering in the region and reducing social ills observed in the area like cattle raids that are sometimes linked with loss of life.

Queen Hezena’s work has got her to appear in media outlets and international avenues. On the political arena, she is an ally to 2022 presidential aspirant Raila Odinga. She is the Secretary–General of ‘Vijana na Rao’. This is a strategic development by Raila’s campaign team to make their aspiration attractive to the youth who make up a majority of Kenya’s population.

Seeking for the Women Rep position in 2022, she says she is ready to bring agricultural reforms to her county should she be elected.