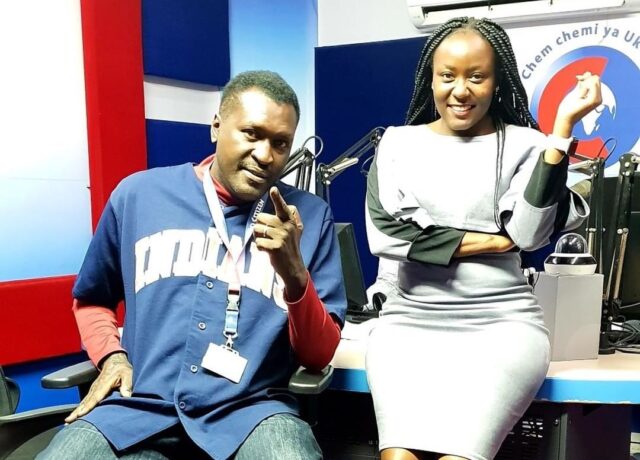 Radio Citizen (Chem chemi ya ukweli) is a Kenyan radio station with listeners within and outside Kenya. It has programs aired in Swahili with qualified presenters that attract its fans, making it a leading radio station. Some of its programs include; Jambo Kenya, Mambo Mseto, Roga Roga, Chapa Kazi, Makombora, Yaliyotendeka, and Drive on Reloaded.

The radio station is owned by Samuel Kamau Macharia, alongside all the other Royal Media Services. Here is a list of all Radio Citizen presenters;

Before getting hired by Radio Citizen Ateya worked at the Kenya Broadcasting Cooperation (KBC) as a presenter. This was where he started his career. He also worked at Radio 360, Milele FM, Qwetu Fm, and Family Radio.

The presenter has attracted a faithful audience to the ‘Jambo Kenya’ program due to his fluent Swahili and ability to choose great hits for his listeners.

Melody is a presenter at the ‘Jambo Kenya’ program. She started her career as an intern at KBC from the University of Nairobi. Melody is loved by many due to her attractive voice and creativity.

Dennis Hezron Mwambili is a presenter at the ‘Jambo Kenya’ program. He is one of the most famous comedians and radio presenters in Kenya. Recently, he was ranked as one of the highest-paid journalists and actors.

The presenter rose to fame when he acted in the Vitimbi entertainment show that was aired on KBC in the 1990s. He later acted in Citizen TV Inspector Mwala where he got his name.

With almost two decades in the industry, Jaridah Andayi is among the presenters who are the backbone of the industry. She has a way of attracting and engaging with her listeners. You can catch Jaridah at the ‘Jambo Kenya’ program.

Uncle Fred Obachi Machokaa is the voice behind the ‘Roga Roga’ program. With over 40 years of experience in the industry, the presenter has a wide fan base, many attracted to his unique voice.

He says that he joined the media industry due to pure luck. This is because he was hired to work for radio citizen after the producer offered him a job since he liked his voice. At the time, he was working as a General Service Soldier (GSU) soldier. He took the job which he worked partly but later decided to work full-time as a presenter.

Kamau Munyua is a presenter at the ‘Good Evening Kenya’ program which airs every weekday from 8pm to midnight.

Mzazi Willy M Tuva is a common face in East Africa. He focuses on providing young people a platform to showcase their talent. He went to Kenya Institute of Mass Communication, where he studied journalism and was later hired to work at KBC as a presenter.

He was later hired by Radio Citizen, where he started the ‘Mambo Mseto’ program. Following the success of the program, he suggested that the show be aired on Citizen TV. This was when ‘Mseto  East Africa’ was introduced.

The presenter won an award for best radio and TV presenter at the AFRIMMA 2019 awards that was held in Dallas, Texas.

Tina Ogal is a great voice on the ‘Drive Reloaded program. She graduated from the University of Nairobi with a Barchelor of Arts in Political Science and Government degree. She first worked at Waumini Fm from January 2001 to February 2004, before moving to Royal Media Services.

Munai is a presenter on ‘Drive Reloaded’ program, which airs from4pm to 8pm. He is famous as he was one of the actors on the ‘Inspector Mwala’ show which was aired on Citizen TV.  Munai has a great sense of humor which attracts listeners to listen and participate.

Fred Ng’etich is a presenter on the Jambo Kenya program. The program is about news, information, sports, and entertainment. The presenter likes educating his audience from time to time.