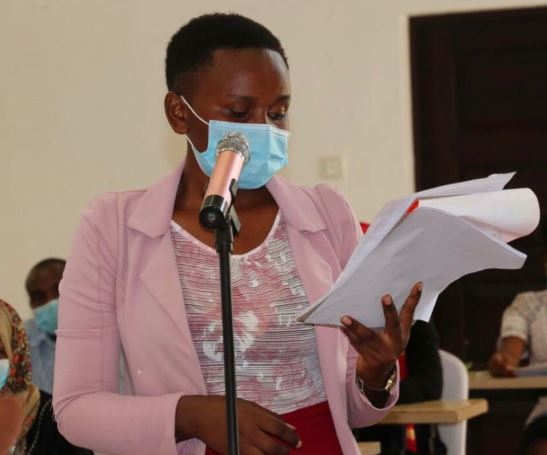 Rehema Kiteto is a young woman aiming for the Member of County Assembly (MCA) seat in the upcoming 2022 general elections for Chengoni/Samburu Ward in Kwale County. As a disruptive youngster in the region, Ms. Kiteto is looking to use her skills and experience as a social worker to make a difference. This article presents her biography, highlighting her background, personal life, career, and political aspirations.

Rehema was born in Samburu, Kinango Constituency in 1997. Together with her family, she lives in Samburu.

Rehema attended Mwasere Girls High School in Voi where she performed well in her KCSE. Subsequently, she joined Egerton University, where between 2015 and 2019, she pursued a Bachelor’s degree in Arts, English, Literature, and Sociology. While in campus, Ms. Kiteto was involved in Creative Writing extra-curricular activities.

Upon graduation, she took up an internship with Standard Group Limited for six months in Nakuru. After that, Rehema took another internship as a social care worker in Samburu, Kwale. Rehema Kiteto used her Sociology skills to be of service to her people in Samburu as she kept on writing blogs and other creative works. As she continued serving her community, Rehema gained recognition in Kwale for her efforts as a social worker and volunteer. These included outstanding women under 35 and volunteer of the year.

Her writing career has seen Rehema publish a children’s book titled Hell in the Backyard & Other Stories. She is also passionate about writing and in her leisure time blogs about interesting human stories.

She is a young lady turning the tables in Kwale County, one step at a time. Rehema is passionate about children and women’s rights and intends to use her position to make lives better for her people. She is a Christian and is currently not in any relationship. She has three siblings – Neema Wakio, Mary Marie, and Zaby.