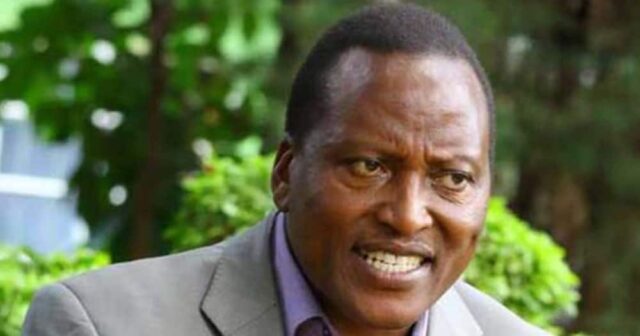 Richard Onyoka is among the individuals looking to take the place of Governor James Omariba Ongwae as Kisii County Governor in the 2022 general elections. He is a celebrated politician in Kisii having served the people for a long time, clocking fourteen years in 2021. This article looks into the biography of Richard Onyoka.

He was born to his parents the late Zachary Onyonka and his mother Beatrice Onyonka on 1st January 1962 naming him Richard Momoima Onyonka. His late father was an entrepreneur, economist, and foreign minister working with several companies in his tenure. Dr. Zachary owned The Mosac Mall and The Monarch Hotel.

His educational background saw him attend Otamba and St Mary’s Mosocho for his primary school education. He then transitioned to St Marys Yala for his A Levels and Kisii High School for his O Levels. He then joined the University of Nairobi pursuing Commerce between 1980 and 1985.

Richard was a member of the national assembly representing the people of Kitutu Chache South. He sat on this political seat since then as he changed political parties. His political journey began at the People’s Democratic Party between 2007 and 2013. He then transitioned to ODM and since 2017 has been a member of the Ford Kenya Party. He is now eyeing the Kisii gubernatorial seat and has made his interest known, in readiness for the 2022 general elections.

Richard Onyonka was among the 152 students arrested during the 1982 attempted coup for the attempt and sedition. He recalls that the time grew his life skills. The group was released by the High Court on grounds of ‘nolle Prosequi’ in time for their examinations. Additionally, he was a football player in the goalkeeper position.

On a campaign on 18th December 2021, the legislator is suspected to have been poisoned when he started bleeding from his mouth after taking some water passed to him by an unidentified individual. The police are probing into this matter to establish its root.