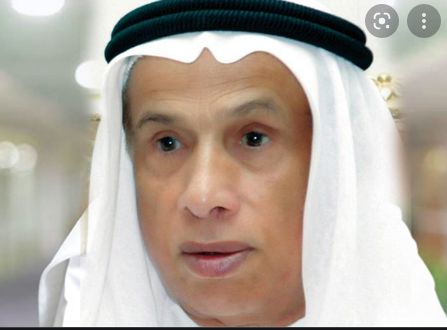 Majid Al Futtaim, a brilliant entrepreneur who had built himself wealth that would go far into his future generations, passed away on 17th December 2021. The entrepreneur was most famous for his attachment to Carrefour hypermarkets. He will indeed be remembered for being a source of inspiration for those who would like to run multi-billion dollar companies and make generational wealth. This article will look into the life of the deceased shedding light on his life story.

After his foundation-level academics, Majid was enrolled at India’s Aligarh Muslim University pursuing a degree in Mechanical Engineering.

His career journey as an entrepreneur can be traced back to right after he completed his university studies. In 1992, he and his cousin Abdulla Al Futtaim went their separate ways, splitting the Al Futtaim empire in half. The Al Futtaim empire belonged to their forefathers who had built it into a billion-dollar venture.

He founded the Majid Al Futtaim Holding which he grew into a giant and multi-billion dollar company vested in entertainment, retail, hospitality, and real estate. The Group owns and operates twenty-nine malls and thirteen hotels around the world.

Some of these include the Mall of the Emirates in Dubai and the 2017-opened Mall of Egypt in Cairo which are statement malls around the world. The former is a statement mall that is among the leading tourist attraction sites in Dubai. If you are looking to explore and enjoy the thrill of the famous indoor ski slope, this is the place to be. It can also be a great adventure for the holiday season exploring more than 600 outlets in the mall. In 2020, the mall recorded revenue of $8.9 billion at the close of the year.

The Majid Al Futtaim Group of companies is exclusively licensed to run the French-founded Carrefour hypermarkets around the world including Kenya’s outlets.

The deceased entrepreneur was estimated by Forbes to be worth $4.3 billion, in September 2021 while Bloomberg estimated it to be worth more than $6 billion. The accurate figure is however hard to establish as Arabs do not disclose all their details to the public. With the available records, however, Majid is one of the wealthiest Arabs in the UAE.

The cousin with whom he split the empire is also a billionaire who has grown his business into playing in fifteen international markets. With a focus on car retailing, Abdulla  Al Futtaim’s business is worth more than $1.5 billion.

The late was married and had a son named Tariq Al Futtaim. They lived and raised their son in Dubai. Tariq sits on the Majid Al Futtaim board holding rights to vote and making contributions to decisions.