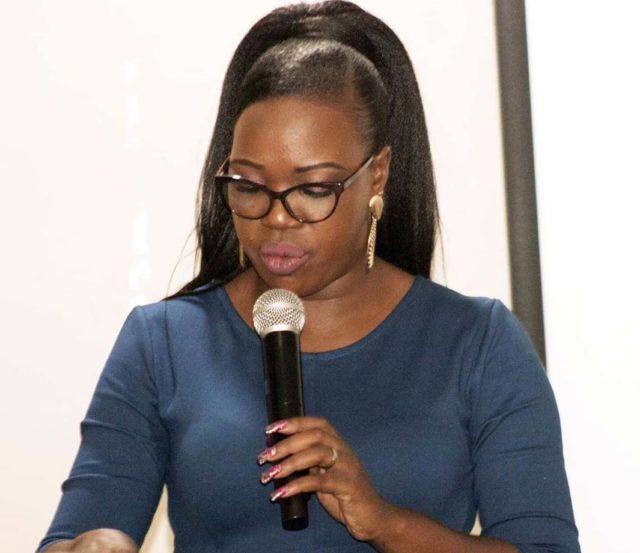 Ruth Matete is a talented Kenyan songwriter and singer. She was the winner of the 2012 Tusker Project Fame. She is mostly into gospel music and she always describe herself as passionate about serving God through music. Through her songs, Ruth has touched many hearts and brought many to God.

Ruth Matete is 34 years old as of the year 2020. She was brought up in Nairobi by a single-parented father where she discovered her singing ability.

During an interview, Ruth opened up that her parents gave birth to her when they were still in high school. They later separated for other marriages. Ruth used to live with her mother and step-father who used to mistreat her and denied her chances to attend to school.

She later went to Nairobi to live with Abel Amunga – her biological father together with her step-mother. The step-mother mistreated her too though made it made it to go to school and succeeded in her studies.

Ruth was the main cause of her father and step mother’s divorce and his father never married again. Ruth’s biological mother passed on a month after she went to Nairobi. She has been living with her biological father since then.

She went to Dr Krapf and Uhuru Primary School where she passed with flying colors and joined Maasai Girls and St Paul’s Erusui for high school. Ruth later joined Daystar University in 2005 for a Degree in Mass Communication.

Ruth’s dad was always supportive for her daughter’s talent. One day jokingly, when he requested Ruth to sing for him, he discovered that Ruth could sing due to her mind-blowing voice.

She used to go to churches to sing and weddings too until when she decided to try the then Tusker Project Fame auditions and won. Matete is so religious and understands where God has taken her from by enabling her to make it through tough parenting life. After winning the TPF, she gave Kshs. 500,000 to the church as tithe. She used the rest of the finances for other day-to-day expenditures.

In November 2019, Ruth was married to a Nigerian lover of her life by the name John Apewajoye in a private ceremony that was attended by a few close family members.

John Apewajoye passed on in a local hospital when he was nursing severe injuries that were caused by gas explosion. Apewajoye was fixing the gas after refilling it. The gas later exploded and left John with serious injuries that led to his death.