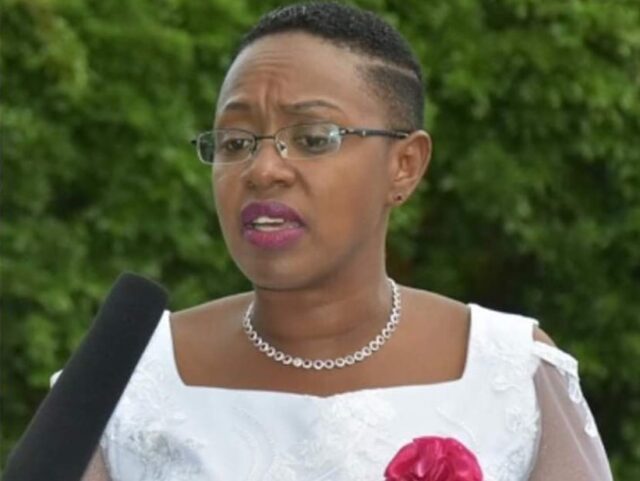 From conquering film, radio and now taking politics head-on, Wanjiru Sabina Chege is one of the leading women politicians in Kenya who embody a fighter spirit. She now serves as Muranga County’s women representative since 2013.

Known for her short hairdo and her vocal nature in the political arena, Sabina is on an agenda to conquer the political world. She has revealed her intentions to be DP Dr. William Ruto’s running mate in the upcoming 2022 general elections and only time will tell of the developments in that sphere. This article brings you Sabina’s biography, outlining her academic background, personal life and her diverse career journey.

Sabina is 49 years as of the year 2021. She was born in 1972 in Murang’a where she would later serve in an electoral position. She grew up in humble conditions and sought to make life better for herself in the future. Little is known about her parents and siblings.

She attended two primary schools – Matu and Kinyona then proceeded to Mugoiri Girls High School. She is said to have been a good performer in Academics and not much is known about her involvement in extra-curricular activities such as clubs while in high school. She then enrolled in the Kenya Institute of Management, then the University of Nairobi where she pursued a Bachelors degree in Education and a postgraduate degree in Communication.

Wanjiru Chege is not only a politician, but has also worked as an actress and radio presenter. She did radio work for a while with Coro, Kameme FM and Kenya Broadcasting Cooperation (KBC). Later on, she was appointed the head of financial radio services at KBC.

Sabina has Development Manager for World Space Africa. Here she gained skills needed for her later founding and directing of her foundation named The Sabina Wanjiru Foundation which addresses women’s issues in society and concerns affecting the youth. During her brief acting career she played a leading role in a show named Tausi.

Sabina Wanjiru Chege is married to Maina Gathitu as a second wife. The former Kenya Dairy Board chair took her in as a second wife carrying out an English wedding and a traditional one as well. She is the mother of three children. She has faced allegations by Maina’s first wife for stealing her husband though polygamous marriages are acceptable in African culture. She was formerly married to Kikuyu musician John De’Matthew (Ndemethiu) before they went their separate ways.

Sabina Chege Net worth and Assets

Sabina’s net worth has not yet been established at the time of this article’s publication nor the details on the assets under her name made available publicly. She however makes a decent earning from her work as a public servant in the National Assembly. She runs The Sabina Wanjiru Foundation which is focused on improving and developing the lives of women and youth