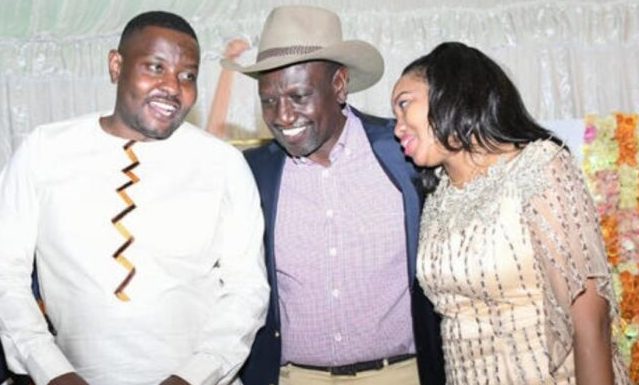 Sam Mburu is a Kenyan businessman based in Nakuru. He is a close supporter of president-elect William Ruto and played an important role in the 2013 URP campaigns. He is also the husband of the elected Nakuru county governor Susan Kihika.

Sam Mburu was raised in Solai in Nakuru where his parents owned a charcoal burning business. There are no further details disclosed on Sam Mburu’s early life, primary, secondary, as well as higher education.

The businessman is said to have started from a humble background, working as a soft drinks distributor in Nakuru. Mburu is a director of Landmark Freight Services which is based in Mombasa and has two branches in China.

The businessman was caught up in a big mess after he was accused of evading taxes amounting to Ksh. 64 million back in 2019. According to the standard, a close associate of Mburu disclosed that six of his cars were locked up in the station after he was arrested alongside seventeen other people involved.

Mburu separated from his first wife Beatrice Wanjiku and later moved in with Susan Kihika. Mburu had been married to Beatrice Wanjiku since 2003 and had been blessed with two children together. They both filed for custody, and Beatrice also wanted the court to award her Ksh.757,000 as monthly maintenance for two years.

The court decided to award joint custody and Ksh. 597,000 monthly maintenance including Ksh. 140,000 for food.

After his separation, Sam Mburu went ahead and married Susan Kihika whom he met during the Jubilee campaigns of 2012- 2013. 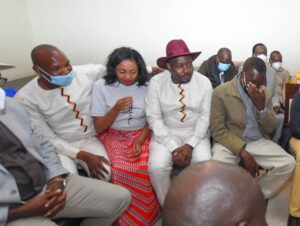 A list of properties he own and Net Worth

Sam Mburu’s exact net worth is not yet known even though he is said to be a Nakuru city tycoon. He also owns multiple rental properties all over the country. According to his ex-wife, Sam Mburu is the owner of 62 flats in Kitengela, six luxurious cars, 15 rental houses in Nakuru, and 43 flats around Airport North road in Embakasi.