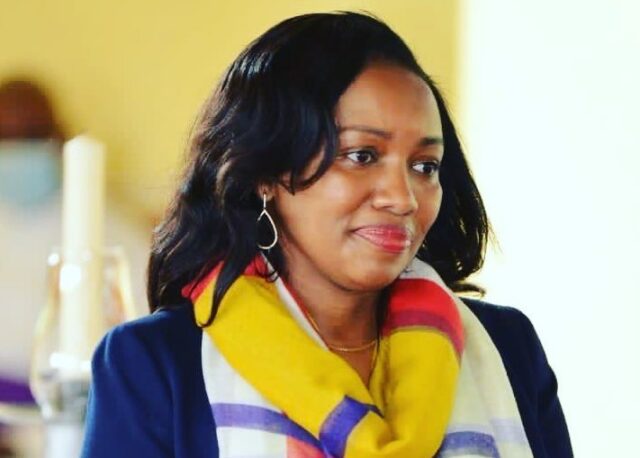 Susan Wakarura Kihika is the governor for Nakuru County. Kihika is a lady who has made history books in Nakuru after working as its first woman speaker of the county assembly. She is an incredible leader and a source of inspiration to many girls across the country following her immense achievements in academia, in her career and in the political world. This article looks into the biography of one of Kenya’s top female political leaders paving the way for more to come in the future.

Susan Wakarura Kihika hails from Nakuru County and was born in 1974, making her 48 years old as of the year 2022. She grew up in a large polygamous family and her mother, Alice, was her father’s second wife. Her late father, Kihika Kimani was a prominent politician during the Moi regime and over his lifetime sired forty one children.

She grew up in the large family and won her father’s affection and favour as he later revealed in a penned letter that Susan was his favorite child for doing him proud in America.

Susan is a trained legal expert with qualifications from across the world. She began her education in a primary school in Nyahururu called Busara Forest View Academy before she joined Bishop Gatimu Ngandu Girls for her high school education.

She then moved to the United States of America in pursuit of further learning. She enrolled in the University of North Texas studying Political Science. On completing her undergraduate studies, she proceeded for her Juris Doctor degree in Southern Methodist University graduating with Honours that immediately earned her admission to the Texas bar.

She spent two decades in the United States after school building her career. She started off in public service working as an assistant district attorney in Dallas followed by a venture into private practice as an attorney. She set up the Kihika Law Firm in Dallas running it for more than ten years then in 2012 traveled back to Kenya.

In 2013, she vied for the parliamentary seat in Bahati constituency which she however lost. She then served as Nakuru County assembly’s pioneer female speaker running the hearings of the house. In 2017, she vied and won the Nakuru senatorial seat on a Jubilee party ticket. She holds the position to date and has been seen supporting the new United Democratic Alliance party formed by DP Ruto’s allies.

After the passing of the late Kihika Kimani, Susan inherited ten acres of land from her wealthy father who considered her his favorite child. This was followed by dramatic events when some of her father’s wives claimed that she was on an attempt to disinherit them from the wealth he left behind.

Susan Kihika is married to a Nakuru-based tycoon Sam Mburu with whom they have two children named Ashley and Tiffany.

Susan Kihika Net worth and Assets

Susan’s net worth is yet to be fully established and information on her assets remain scanty and unverified specialization. She however earns her living from her senatorial seat and owns land in Nakuru County.