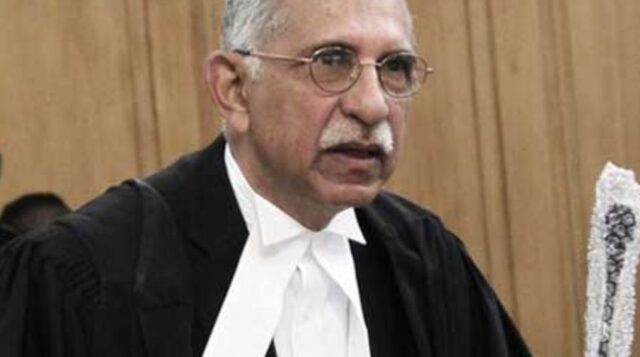 Pheroze Nowrojee is a Kenyan lawyer with years of experience in the legal field. He is among the legal team appointed by Azimio to represent them in defending their petition to nullify the August 2022 presidential election where IEBC chairman Wafula Chebukati announced William Ruto as president-elect.

Nowrojee is the son of AR Akapila, a defense attorney during the Mau Mau trials. He grew up in Kenya, escorting his dad to court from time to time, hence sparking an interest in the law field.

Pherozee Nowrojee went to Catholic Parochial Primary School in Nairobi for his primary school education. He then joined Billimorja High School in Panchgani in India before joining Bombay University in Dar-es-Salaam. He later went to Yale Law School in the United States.

He was also among the team that represented the NASA coalition back in 2017 when the then coalition leader Raila Odinga challenged Uhuru Kenyatta’s win in the elections. He is set to represent the Azimio party at the Supreme Court following the August 2022 general elections.

Pheroze Nowrojee has also taught law in tertiary institutions like the University of Nairobi, the University of Dar-es-salaam, and the Kenya School of Law. In addition, he once served as an Editor of the East Africa Law Review.

In an interview with The Star, Pheroze Nowrojee disclosed that he is married and has three children.

Pheroze Nowrojee’s net worth is not yet known. However, he earns most of his wealth through his law career.