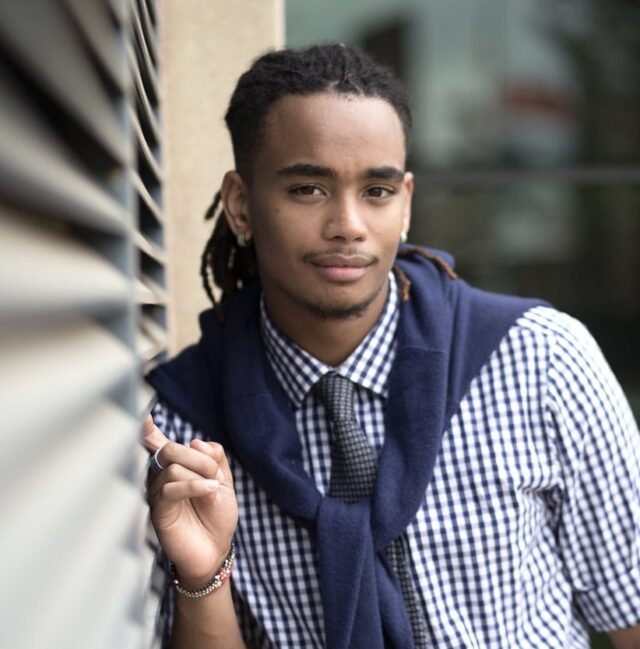 Sean Andrew Kibaki is a famous photographer and Fashionista. He is popular as the late Kibaki’s (former Kenyan President) grandson.

Sean Andrew was born in October 1993 in Nairobi. His parents are Jimmy Kibaki and Sheryl Anne, who met in secondary school and later developed a romantic relationship. He is the grandson of Kenya’s third president, the late Mwai Kibaki. Sean has two siblings, Mwai Kibaki jr, and Emma Nagini.

In his academic life, Sean went to the United States International University(USIU), where he graduated.

Sean is a photographic artist and style model. He became famous on social media back in 2016, when he made an appearance to appreciate his grandmother, the late First Lady, Lucy Kibaki.

The model has stated in several instances that he is single. However, he prefers to keep his relationships private, and off social media.

On his social media posts in 2020, Sean hinted at having a girlfriend. This was after he posted a photo of himself and captioned it, “thanks to @glassbox.co, my girlfriend and I have matching sunnies…..can you guess the mountain hidden behind me?”

However, the model did not disclose any more information or photos about his dating life. This was expected, as he had shared on social media that he would no longer keep his relationships public, after his breakup with the famous YouTuber, Queen Elodie.

In 2015, Sean and Elodie Zone were involved in a dramatic breakup, airing all their dirty laundry on social media. Elodie described Sean as abusive and controlling while Sean clapped back, branding Elodie as a drunkard who did not give him the space he needed to thrive in other important things.

Different interviews with the Kibaki grandson have stated that he moved on from the bitter breakup. He also revealed that he does not plan on having kids in the future.