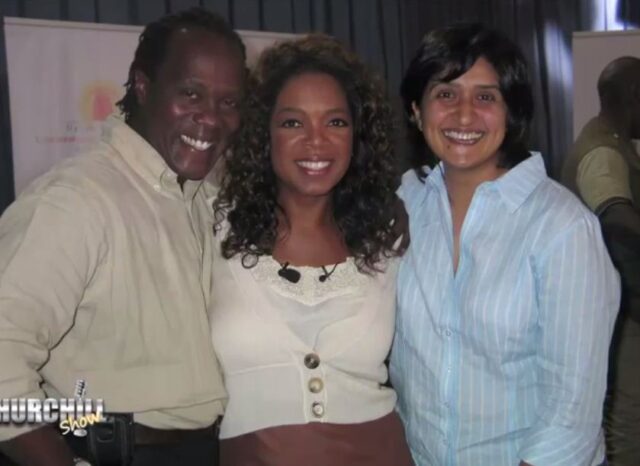 Shaila Koinange is the soft-spoken and media evasive wife of Jeff Koinange, a celebrated journalist across Africa. This article looks into Shaila’s story highlighting her background, career journey, and personal life.

Shaila is originally from Asia but is a Kenyan citizen. Her ancestors are Asian who after some time migrated and continued with their families in Kenya. She is currently in her forties and lives with her family in Kiambu County.

Details on her academic background are presently unavailable to the public.

Shaila has worked in various places majorly in the airlines. She worked at Pan American World Airways as a flight attendant during which she got to build her career. Being highly media-evasive, details on what she presently does for a living remain unavailable.

She met Jeff in 1986 during an audition after which the two kindled a friendship that would grow into a romantic relationship. The audition was for Pan American World Airways which was seeking flight attendants.

Jeff Koinange is an award-winning journalist who is widely popular on local television and radio shows. He is particularly popular for his memorable voice on air. Before his career in media and journalism, Jeff worked with airlines for quite a while. He recalls beginning to garner attention for his voice at that point of his career.

Despite his constant presence in the media, he has always managed to keep details on his family and private life away from the public.

The couple is blessed with a son named Jamal Mbuyu Koinange. Rare photographs of the family have made their way online showing their time together on travels and family outings.